Well I finally got myself away from the rugby and outside in my pretty new dress to take some photos. Curious husband actually suggested the location, the Wellington Botanic Gardens, and last weekend we had a beautiful sunny Sunday perfect for an afternoon outing.

Curious husband often grumbles at being removed from his natural environment, the slightly-less-nerdy-than-mine nerdy-husband-room complete with glowing water-cooled monster computer and various other husband-only items, but I secretly suspect he quite enjoys playing photographer. Allow me to submit evidence A: the camera memory card with over 250 photos on it. 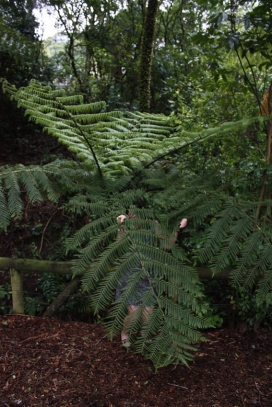 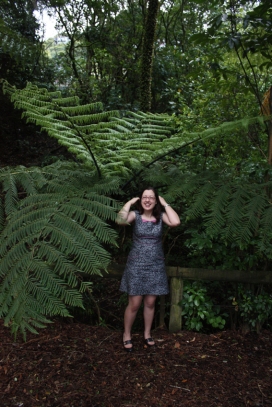 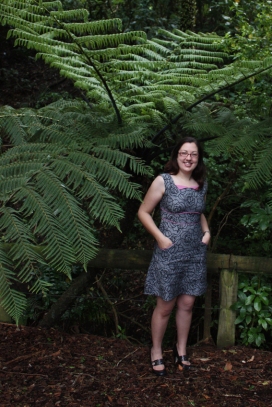 Please excuse the crumpled skirt, I did iron before we left but sitting in the car on a warm day undid my efforts.

As I mentioned previously, with the advent of my 30th birthday,  I wanted to start a new personal tradition of making a dress each year for my birthday.  The idea is that it can be a nice every-day kind of dress, or a completely unjustifiable unnecessary dress and that’s ok, because it is the birthday dress and no excuses will be required.

This year, the inaugural birthday dress year, I was interrupted by life but the dream lived on and while it is a little late, here it finally is. There were plenty of options but in the interest of instant success (we cannot accept failure for the inaugural dress) I chose to go with the tried-and-tested Colette Rooibos.

I bought this pattern quite some time ago and it recently featured in a sew-along on the Coletterie blog which I followed in spirit. I considered participating but I am terrible at sticking to a sewing schedule and only got as far as pulling this amazing rose printed linen from my stash that I bought while on a work trip to Melbourne. There is always time for fabric shopping in a new city while on a work trip, believe me. Eventually I also purchased a beautiful contrast cotton and cord to make the piping then I sat down and decided where I would pipe ala my Photoshop/Gimp tutorial.

Initially I was just going to follow the patterns suggestion to pipe the neckline, arm holes and pockets but when I thought about it I also liked the idea of enhancing the empire line panel so I made up the first two options and decided that I did like the empire piping but it was too much with the neck and arm holes done as well so in the end I chose to pipe just the empire line and pockets and keep the contrast at the collar like option 3.

Then I set to making the piping following this tutorial from the Coletterie. 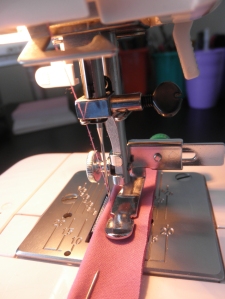 This was my first time making piping  and it worked perfectly, I was so proud of myself.

The rest of the dress went together smoothly. This is my first Colette pattern I have made up (I own 4 in total) and I was impressed with the detailed instructions and beautifully clear construction diagrams. Independent pattern companies are always a breath of fresh air, you should go buy yourself a Colette pattern right now. They have just done up their shop page and it is looking fabulous.

So here it is, inside & out, on Scarlett – the dress is a little  skewiff in these photos due to the hemming attachment underneath but I promise, despite how it looks, that the hem is even 😉 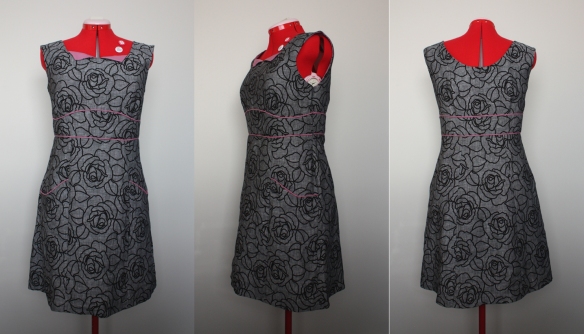 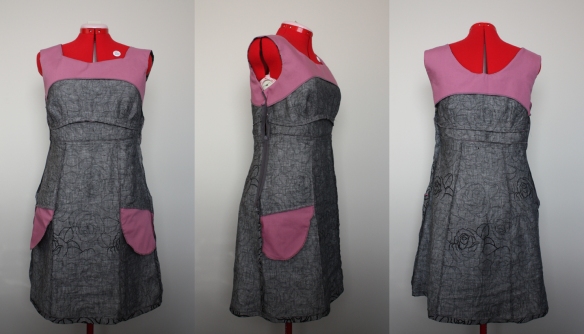 And here is a bit more handy work from Curious Husband and the beautiful Wellington Botanic Gardens: 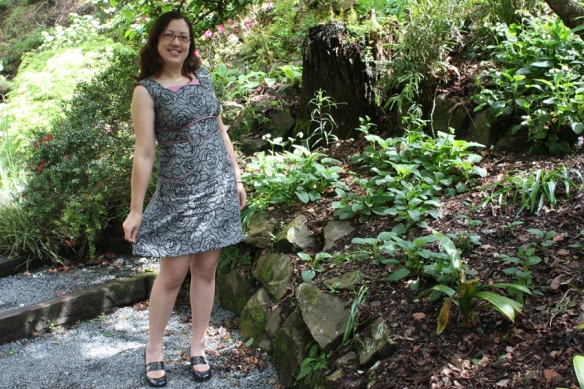 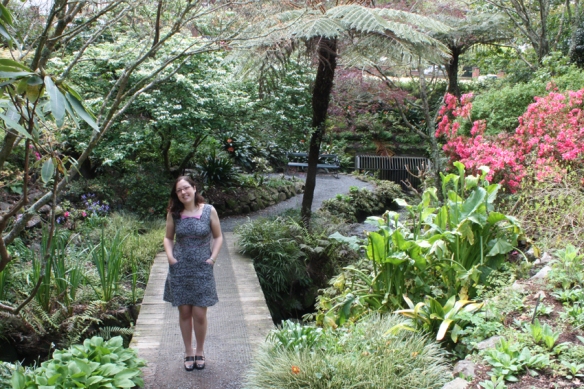 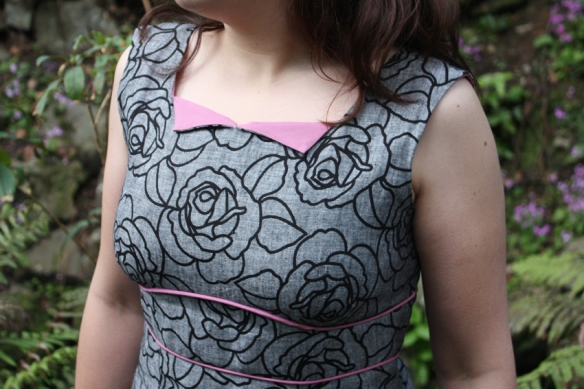 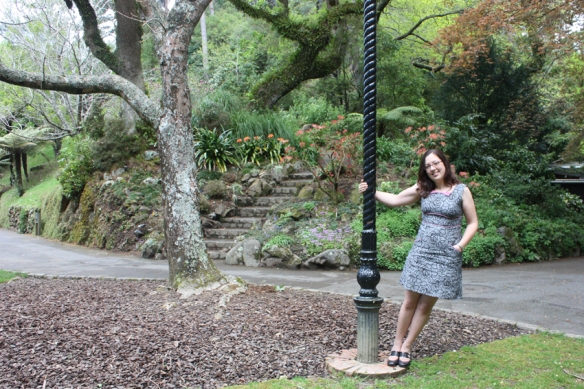 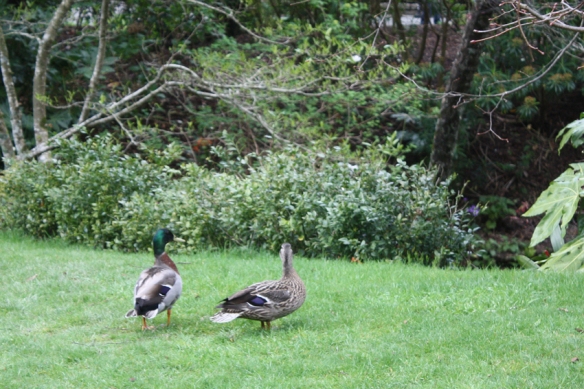