On Friday evening I came home from work to find a length of grey thread at the top of the stairs. I thought, “that’s odd” and went to pick it up only to realise that it wasn’t just a small length of thread. One end went to the left, the other to the right. I followed the path to the right first. It went into the kitchen, in and around the table legs, under a chair and into a certain kitten’s bed where is stopped.

The trail to the left, as you might have already guessed, went into my sewing studio. It also took a scenic route, around the ironing board legs, cutting table legs, sewing chair, along behind my fabric shelves, and eventually ended back where it began…at the overlocker.

You know how sometimes when you are telling a story you embellish just a little bit to increase the LOL factor? I swear on my kittens soggy thread trail that there is no exaggeration in the above words. I’m actually quite impressed with her agility but less impressed with the 20 meters or so of overlocker thread I had to untangle and bin.

It’s useless to try and punish a kitten for being a kitten. As far as Harri is concerned everything is a toy…except for the actual toys, she doesn’t play with those. Scrunched up newspaper, plastic bags, a beer box (we are awesome role models) and a plastic Tim Tam (biscuit) tray are the current favourites. So far, the solution for anything that Harri has decided could be a ‘toy’ but that I do not want to be a ‘toy’ has been to remove it from sight. Obviously this strategy will not work for sewing machines and now that Harri can make the jump onto my sewing table the new defence will have to be invisibility.

On Friday night I went on the hunt for my overlocker dust cover. Both my machines came with ugly plastic covers and one day I cut one of them up with the intention to take a pattern from it. I imagined a pretty pair of covers but then I realised that spending valuable garment sewing time on a new dust cover for my machines was a stupid idea since my machines never sit idle long enough to gather any dust…but now…well, I needed some Sewing Machine Invisibility Cloaks.

I couldn’t find them, instead I got distracted and began a big tidy of my sewing room and forgot that I was actually meant to be looking for.

On Saturday morning I got up, fed Harri and then let her out to roam (during the day she has the whole house, except for our bedroom, and at night she is confined to lounge/dining/ kitchen). I went back to bed with a coffee and read for a little bit. About 30 minutes later I got up, showered, ate brekkie and decided to finish off my tidying and then do some sewing.

That’s when I noticed a guilty looking kitten in the hall chewing on a tangle of grey thread and watching me while doing it.

The new thread trail was not as long as the first but this new game was going to have to be stopped immediately so my tidying continued with more focus and eventually I found the dust covers. 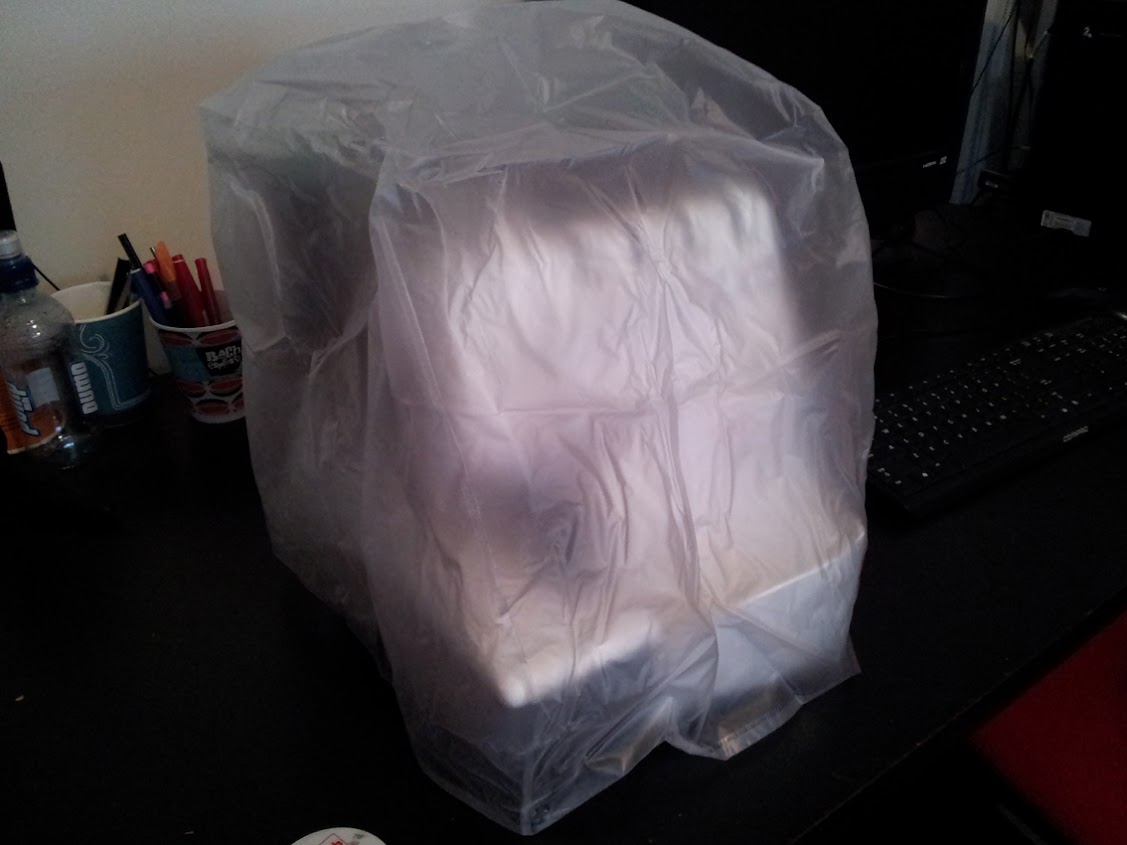 After just 5 seconds I couldn’t looking at it any longer. Fabric was chosen, machines were threaded and this appeared: 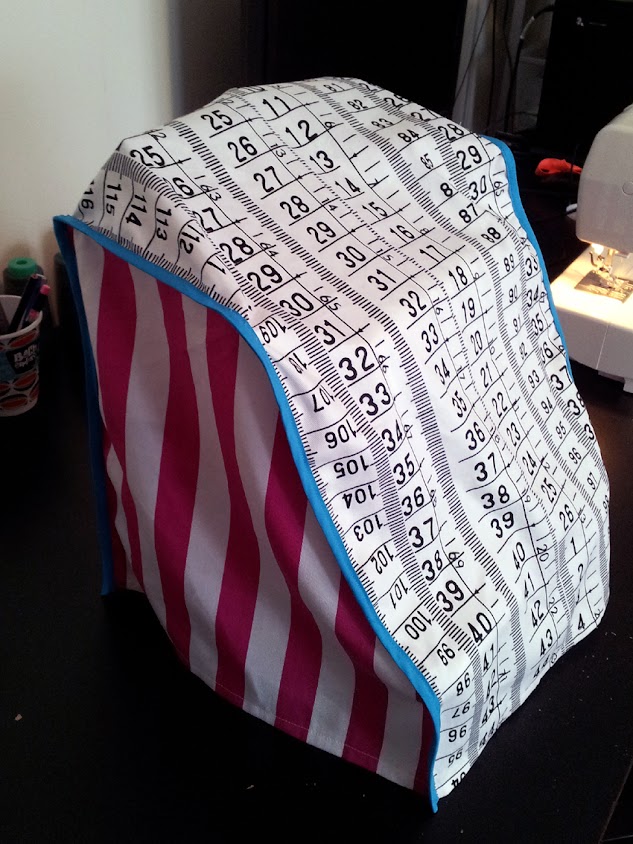 I looked at my Elna…hmm, if I was a kitten and my new favourite ‘toy’ had just vanished, that other spool of thread is looking pretty tangle-rrific right now!

So then this happened: 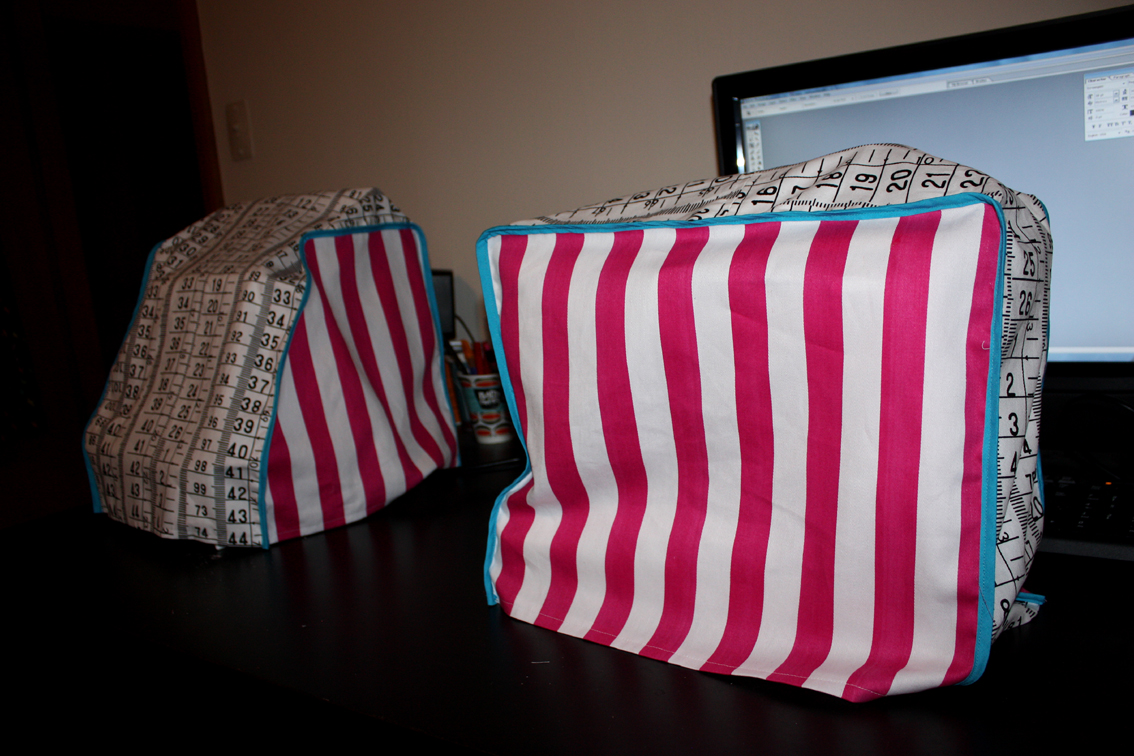 And now I am happy. Oh wait…this post still requires at least one Harri photo, just so you know I’m not totally mad at her, here’s one: 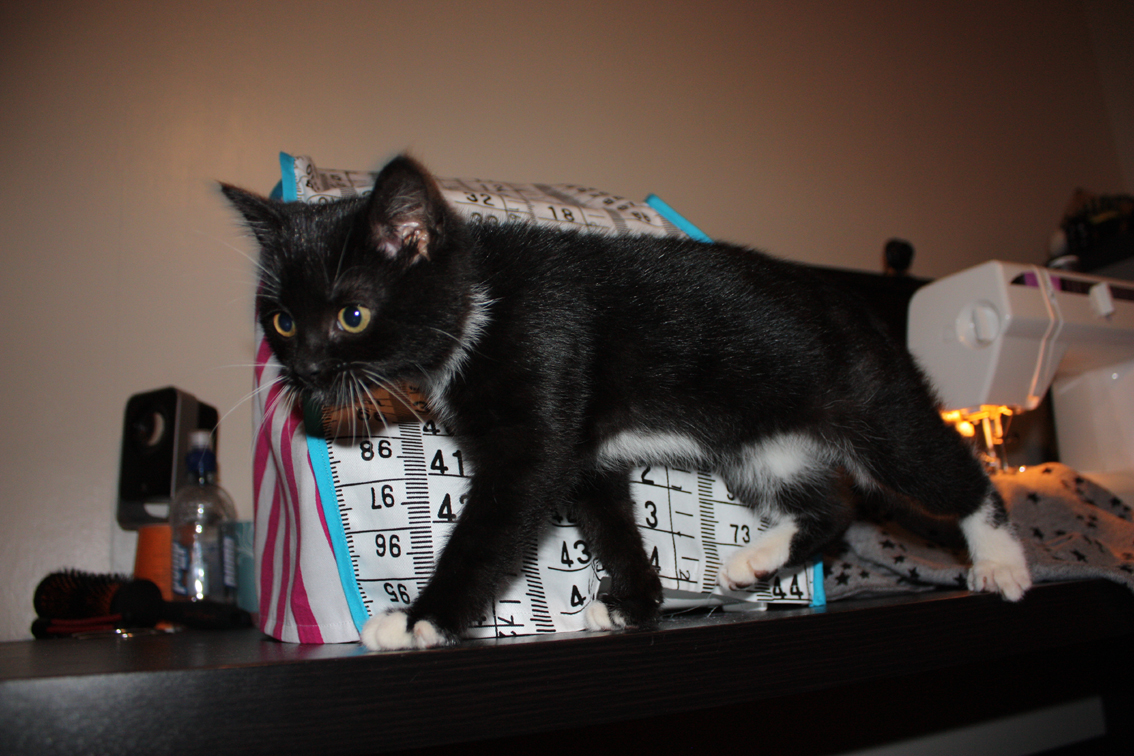 Where did they go?

43 thoughts on “All those spools of thread, you’re just asking for trouble really!”