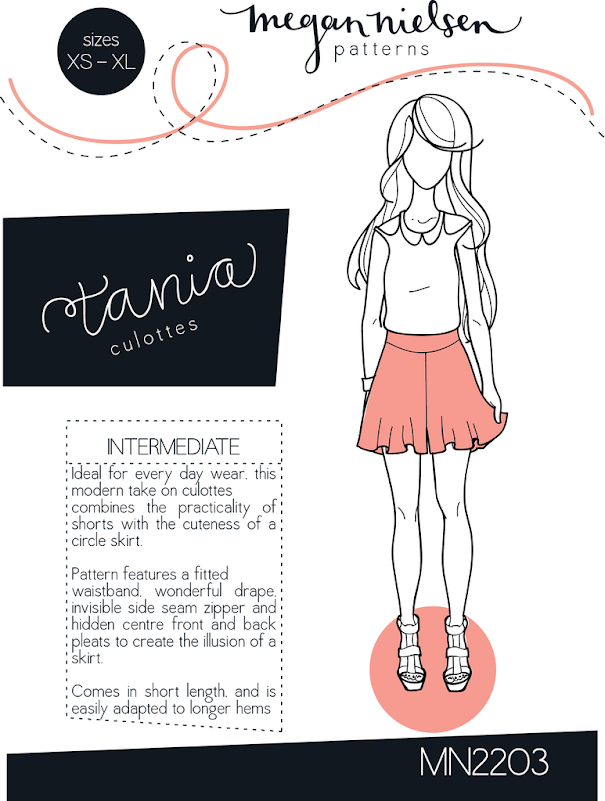 Technically I can claim we were sextuplets because I also made Fashionable Younger Sister sew some Tania Culottes. FYS does not live in Wellington so she participated by Distance Sewing. 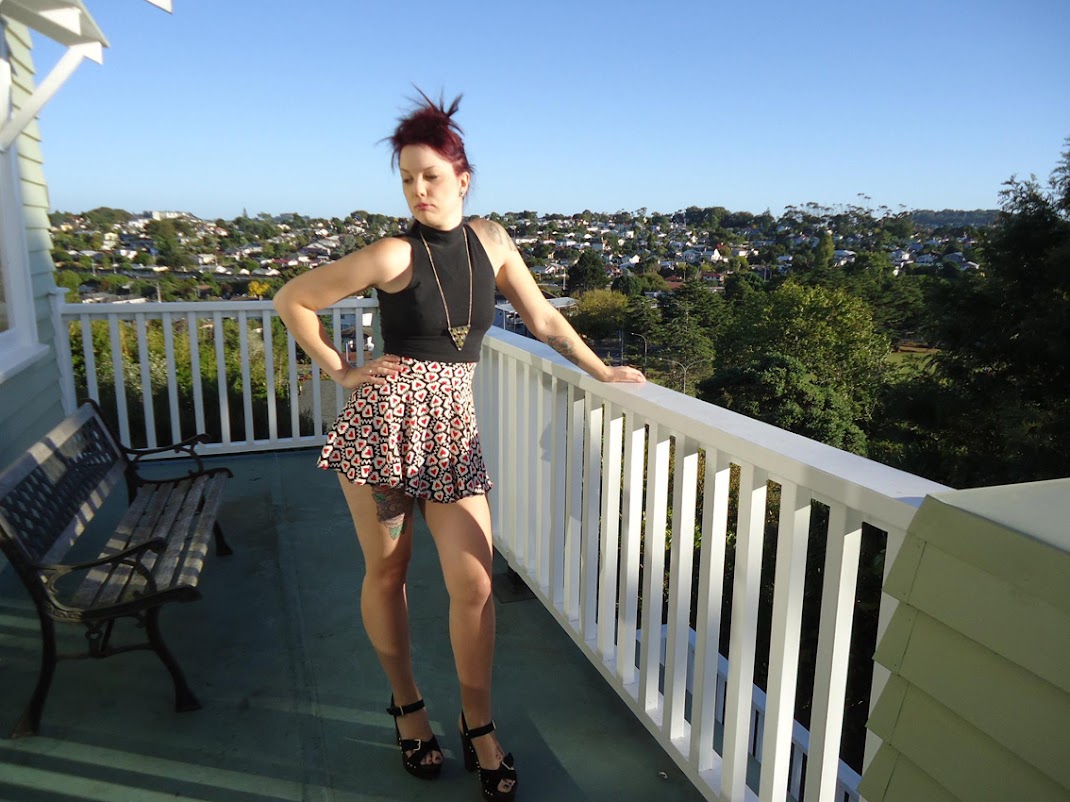 Why did I force Fashionable Younger Sister to make Tania Culottes?

Because her name is Tania. 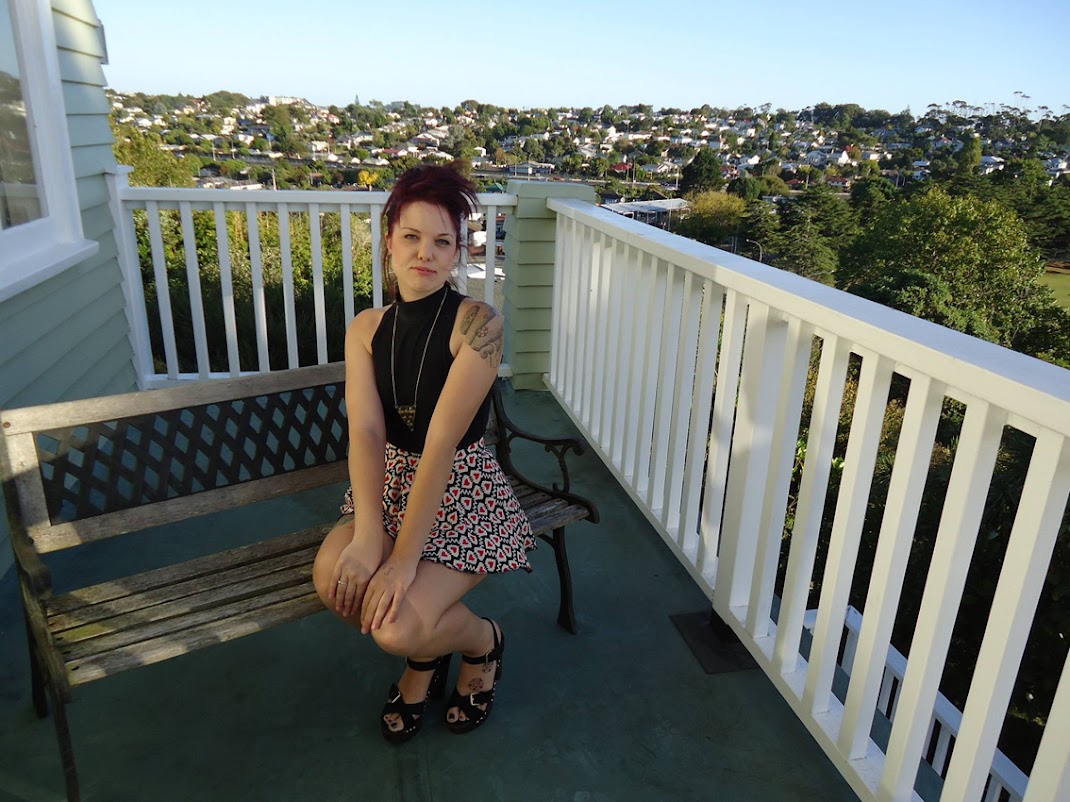 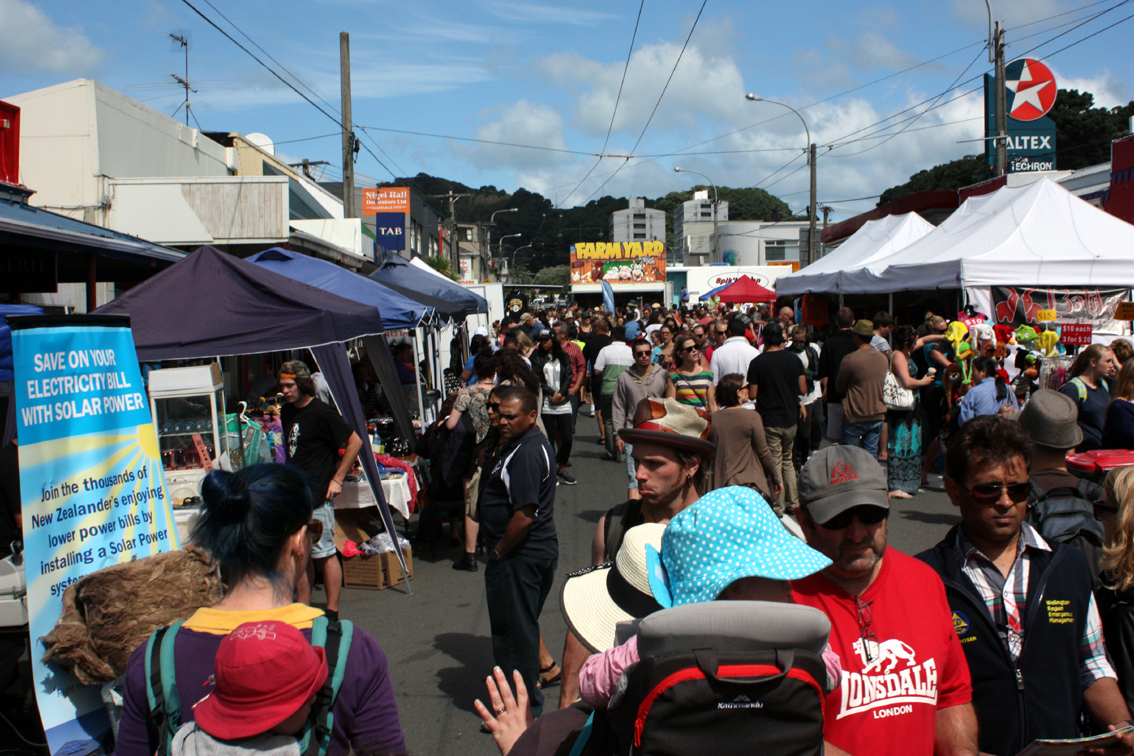 We didn’t quite manage to get the candy floss photos but we did eat roti and fudge and hot dogs and spent far too much money on pretties like these:

We did remember to take a few photos of each other 😉 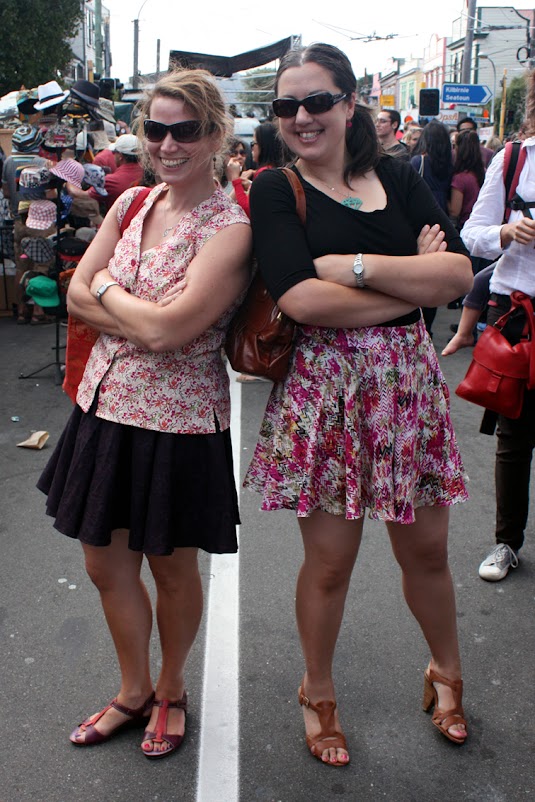 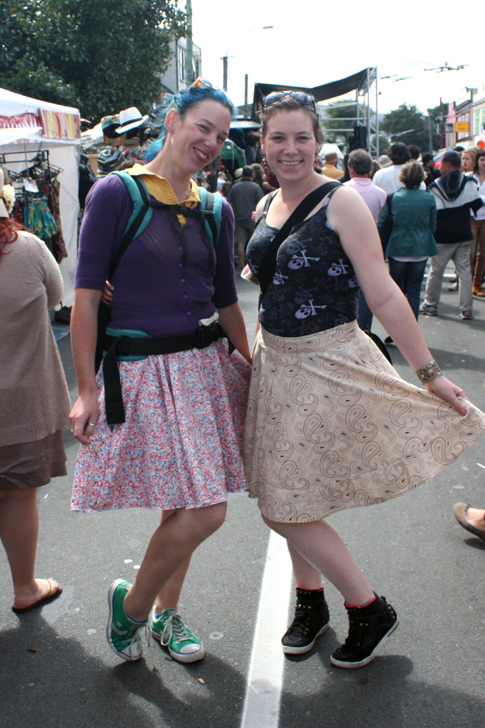 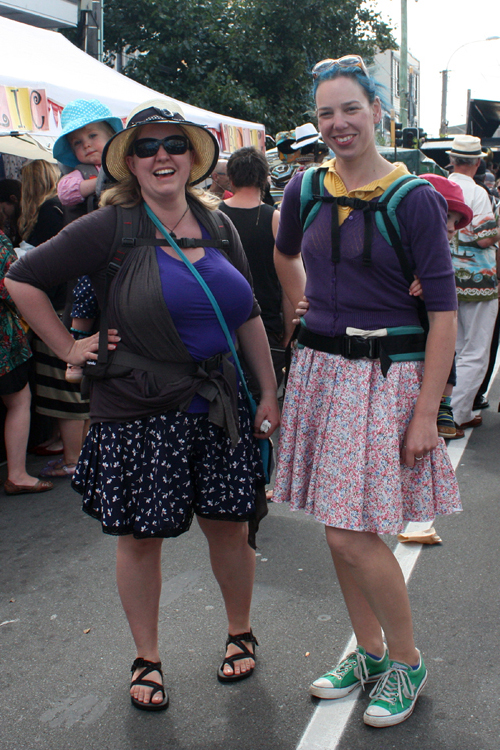 I made my culottes from some super floaty rayon I bought at Arthur Toye in Palmerston North. I got 1.5m but forgot I wanted to lengthen the hem. To the size L I originally added 10cms but wasn’t able to fit them on my fabric. Luckily I found a 0.7m remnant in the Wellington store but I still had to reduce my added length to just 5cm. 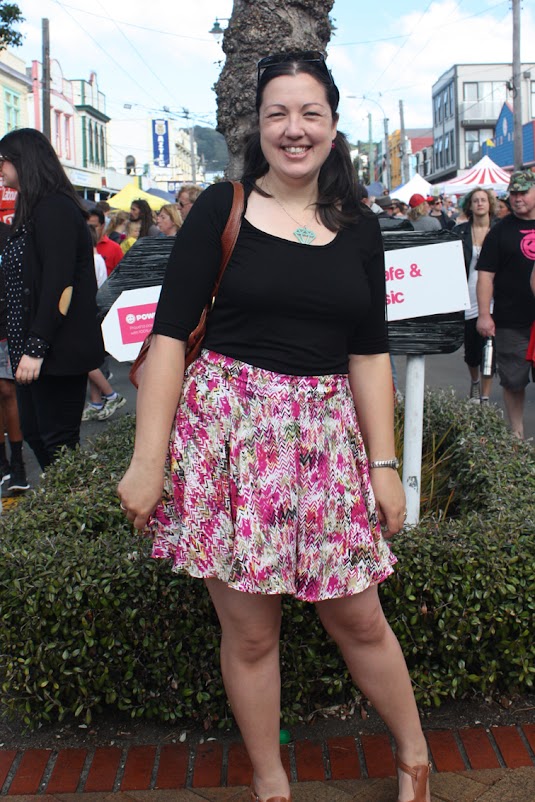 Consequently they are shorter than I would have liked but I actually don’t mind the length that much. They are perfect for hot summer days at the beach or other informal setting…not particularity appropriate for work although I did consider putting on my steel cap boots and taking a photo for you all 😉 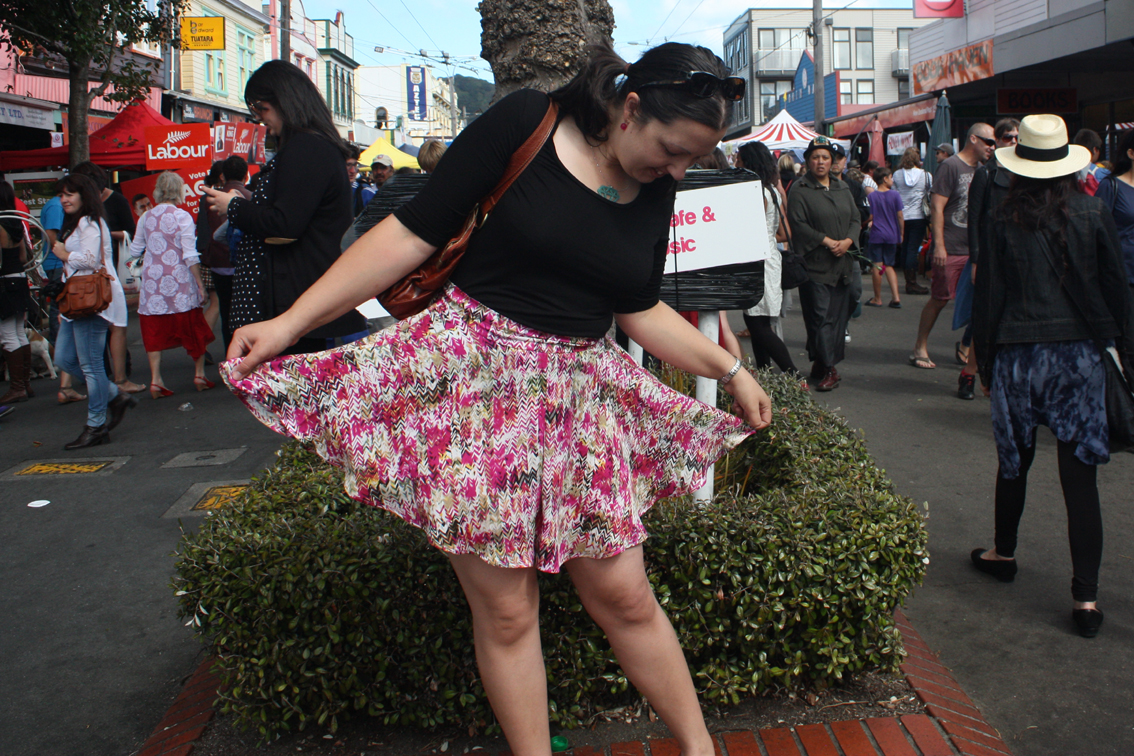 The main issue is the floaty rayon, which feels so nice to wear, sewed beautifully and drapes amazingly…but is far too light for Wellington’s breezy reputation. I think before I wear this particular pair again I will make up some cropped leggings to wear underneath to prevent any accidental flashing…there may have been a bit of that last Sunday but thankfully no photographic evidence 😉 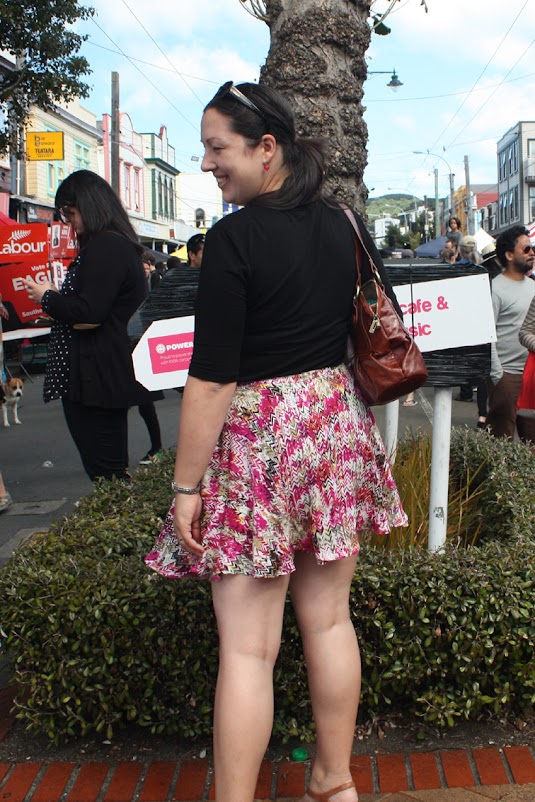 Hemming these took forever. I think I was at it about an hour, maybe longer, because it’s like hemming TWO circle skirts. As much as I enjoyed sewing with this fabric it didn’t like pins very much. Every time I tried them on pins would rain down everywhere which didn’t help!

Fashionable Younger Sister’s culottes are also made from rayon, she cut size S but cut the hem at the XS size line. She admits they are a little too short as well but she does have the legs for them! 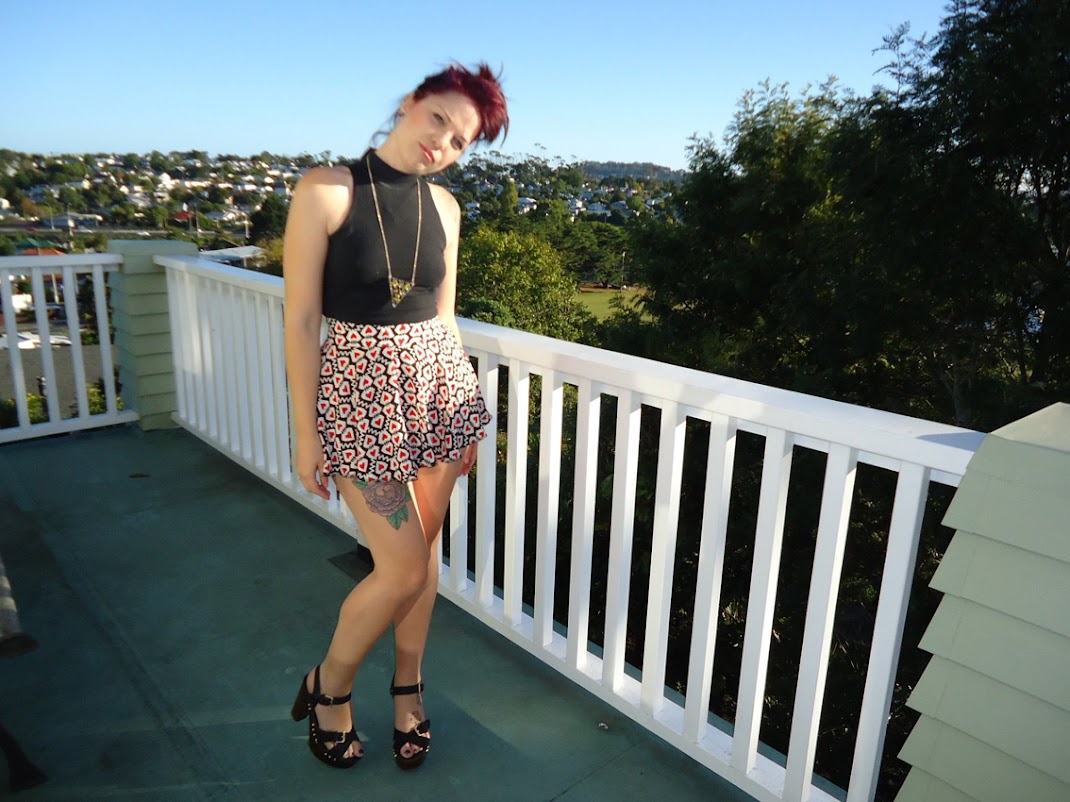 Here is a close up of her fabric btw, I have some in my stash too so don’t be surprised if you see this again soon: 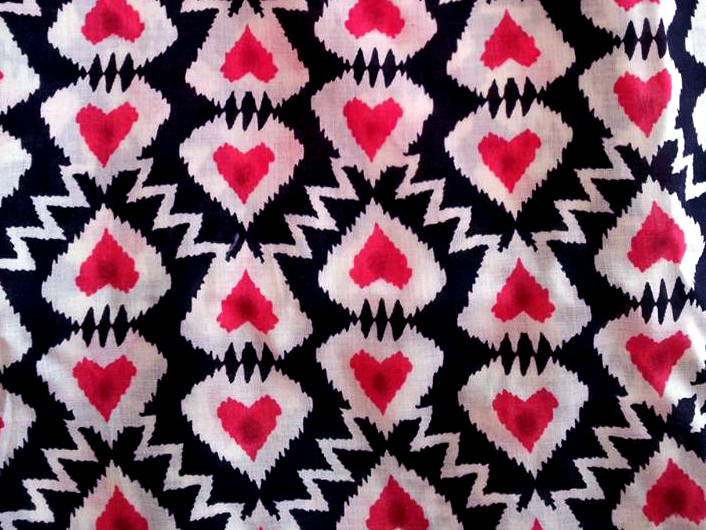 I really enjoyed making these, they sew up really quickly (only four pattern pieces!) and the pleat at the front is a really simple but super clever detail that gives the illusion of a circle skirt.

I’m used to fabric allowances being a bit more generous so I had to buy that extra bit to get my lengthened pattern pieces all on. I suspect that even the recommended 1.5m for the un-lengthened larger sizes is cutting it fine. If you are not lengthening (but I strongly suggest you do!) I suggest you get an extra 10 or 20cm just in case, especially if you have a crazy pattern that needs some matching.

The instructions are nice and clear, lots of good diagrams and I only made a couple of changes.

On page 6 you are instructed to stay stitch the edge of the waist band at 1.5cm but I stitched at 1.0cm instead because later on when you attach the waistband using 1.5cm seam allowance you will probably end up seeing your stay stitching on the outside and then you’ll have to so some unpicking. No one likes unpicking 😉

I also didn’t clip along the edge before attaching my waistband. I’m always wary of clipping. If I don’t need to (and I didn’t in this case) then I prefer to not do it. Unnecessary clipping weakens the seam and will make it really tricky to attach the waist band and to enclose this edge later on.

I had no trouble laying my waistband onto the top of my culottes without clipping them.

Lastly I hung my culottes overnight to allow the hem to settle. I was surprised that this wasn’t mentioned in the instructions but when I trimmed my hem after hanging the long strip I cut off went from nothing right up to about 4cm and back again. That’s how much the bias section dropped while resting. If you don’t give your culottes time to relax before hemming you may find that sections drop over time and you’ll have to redo it.

Next time I will buy more fabric and lengthen a total of 10 or maybe even 15cms. I also found the crotch a little high, it’s not uncomfortable but I can tell it’s there which feels …strange because they are so floaty. Oh and I will totally copy Kat’s in-seam pockets idea. I thought about pockets after it was too late and shrugged it off but when I saw Kat’s pockets I was super jealous. At least if I had something in my pockets the added weight might have helped 😉 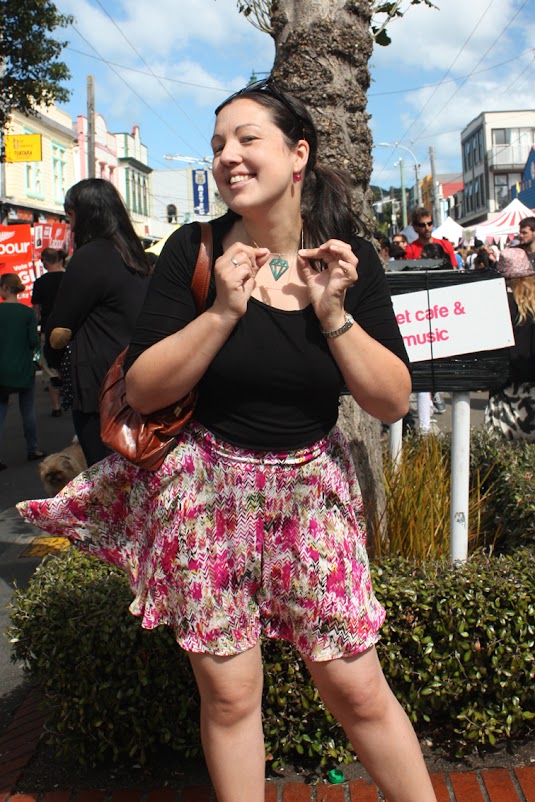 Hey did you notice my super cute necklace? It was made by Fashionable Younger Sister and is from her newly launched jewellery line, Fortune and Blame. 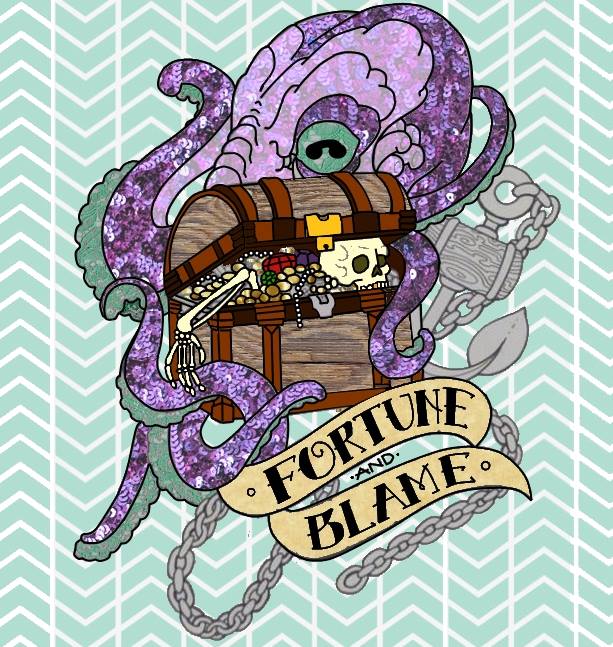 I have the Diamond Silhouette in Blue Skies and FYS is wearing The Impaler in Black and Gold. She’s adding new stuff to her online store all the time and if you want any custom colours or fills you can just email her at fortuneandblame[at]gmail.com to ask and she will post anywhere in the world 🙂 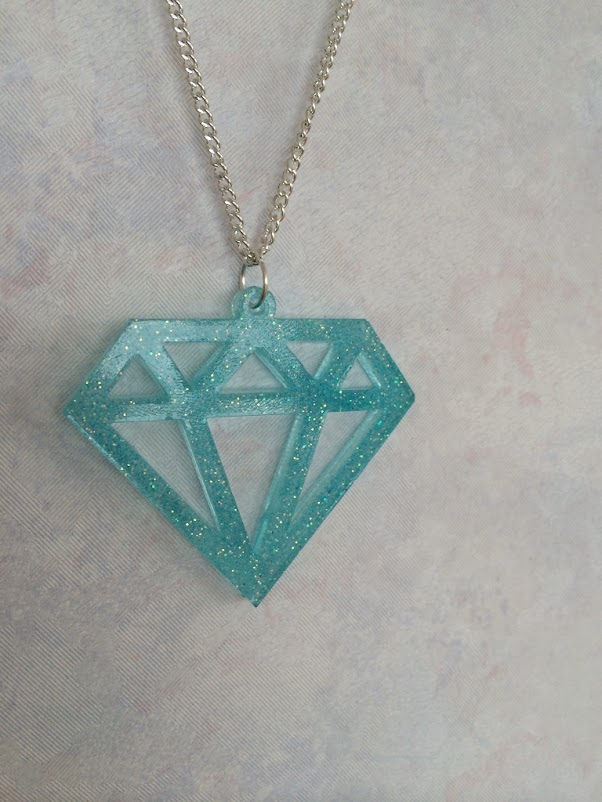 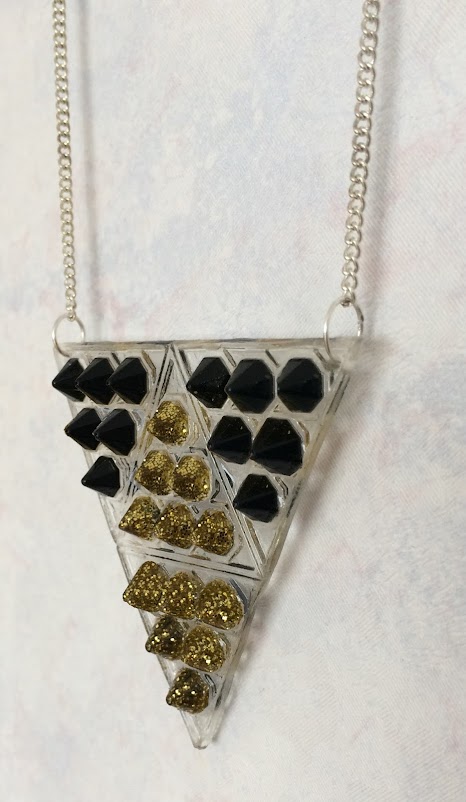 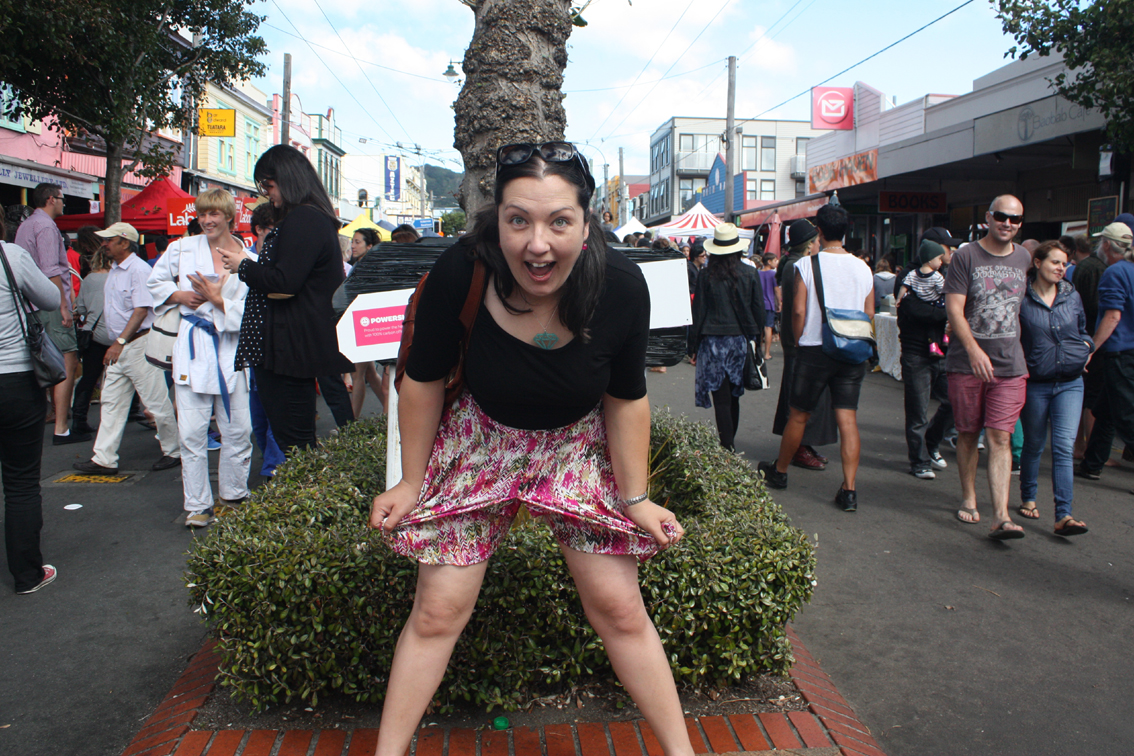 Next time I will lengthen an extra 5 or 10cms (for a total of 10-15cm extra length), drop the crotch about 2cms and add in-seam pockets. 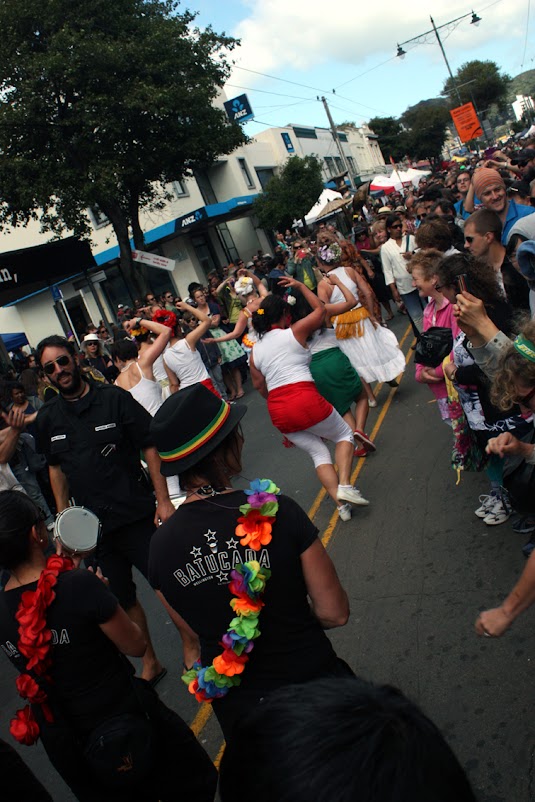