Skip to primary content
A little while ago Kat and I put up a vote for our next twinsie make and you chose the Colette Rooibos. Unfortunately Kat and I took our sweet time and when we finally got around to it we realised that Kat wouldn’t be able to fit into it anymore! Our carefully curated Twinsie Sewing List got a new (albeit) temporary heading: Maternity Friendly Patterns 😉 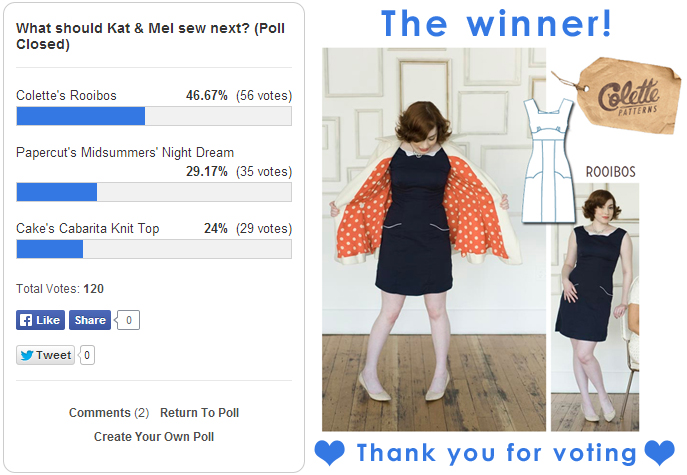 I do have a new Rooibos in the works, that I cut out for Sewing Double…and queued behind Miss Bossy Patterns, which is still on the work table…as you can see, I am a little behind 😉 but these will be completed soon…I am excited about my new Rooibos and I hope it will appease the Goddesses of Bossy Twinsie Sewing.

Luckily however the second most popular choice from our vote was the Papercut’s Midsummer Night’s Dream which, being a wrap dress, is maternity friendly and we decided to rope Juliet in too for Triplet Sewing with the excuse of launching the Dresses competition during Indie Pattern month over on The Monthly Stitch. 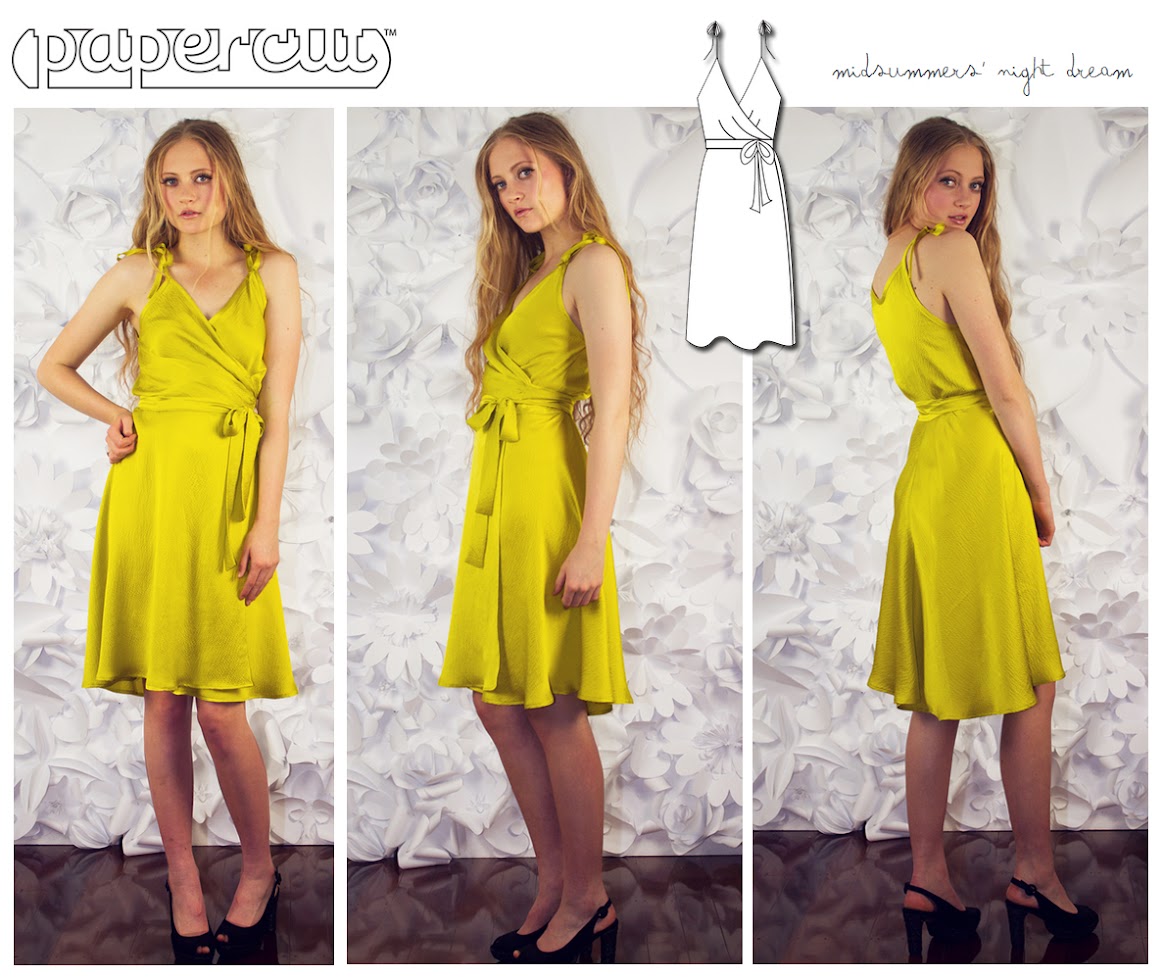 There may have been a moment, while attaching spaghetti straps, snuggled up in my Crazy Pants Anima’s on a night with the temperature gauge was reading 3ºC, when I grumpily wondered who’s silly idea it was to put this summery dress pattern into the vote…and then I realised that it was MY silly idea.

That’s ok, because I have loved this pattern for a while and while I was hoping to sew it “from the stash” nothing suited. Luckily The Fabric Warehouse craftily announced their 40% off sale night (swooping in 1 day before The Fabric Store) and I went straight after work with the crush of very other sewist in Wellington.

It was really busy and after I grabbed fabric and lycra for 2 more Pneuma tops  I was ready to leave…until I spotted something black and pink near the door. 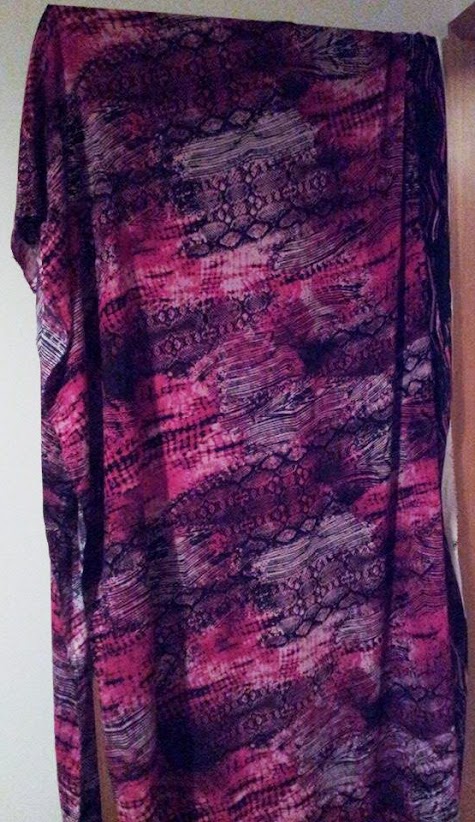 The fabric is a Viscose crepe and has the perfect drape for this style, I am so happy I saw it, it really is perfect.

Due the narrower width I bought 3.0 meters and used almost all of it. There was a kind of boarder print to one selvedge edge where the black print was more concentrated so I made sure that ended up on the open edge of the skirt pieces, otherwise I would have had a strange black triangle on my bottom. I had to play with the layout a little, cutting some pieces perpendicular to the grain but the fabric was stable in both directions and I like to live on the edge. 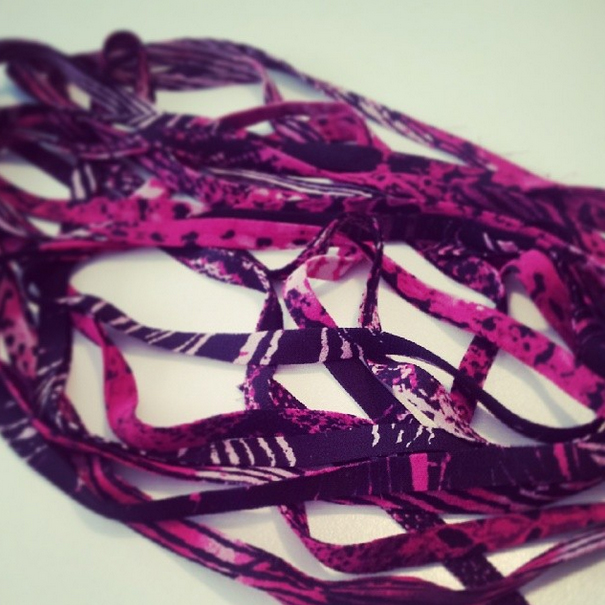 The pattern calls for 4.4 meters of binding and I had already decided to make my own “bias” tape…except not cut on the bias. The curves of the design are subtle and I imagined a whole lot of headaches with stretching and fraying so I cut my strips perpendicular to the grain and had no trouble attaching them. After I cut my strips I did briefly consider trying out the new bias feeder I recently bought for my coverstitch but when I saw how easily the fabric held a crease I decided to make the bias tape using my bias tape maker and the iron. 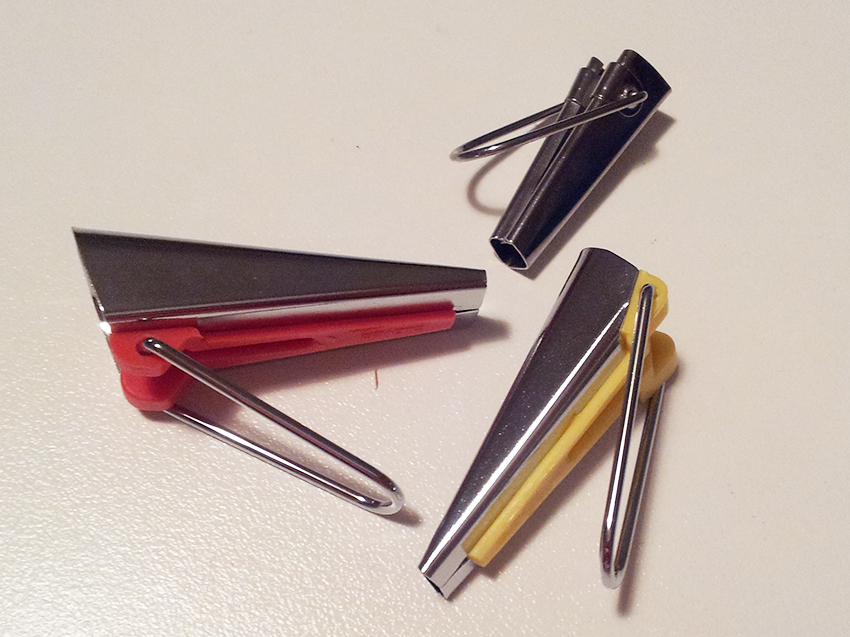 I really love these things! I own three but I use the red one the most. It creates a finished tape width of 18mm (9mm when attached) and they are so easy to use. I have read a few grumbles about them online but I don’t really know why. After you cut and join your strips you run then through this little guy, ironing as you go, and then fold it in half and sew it on. Maybe if you quilt you’ll want to buy it premade or one of those fancy feeder things but if you just need a few meters for a garment, making your own bias tape doesn’t really take that long and opens up a whole new world of colour and fabric possibilities! 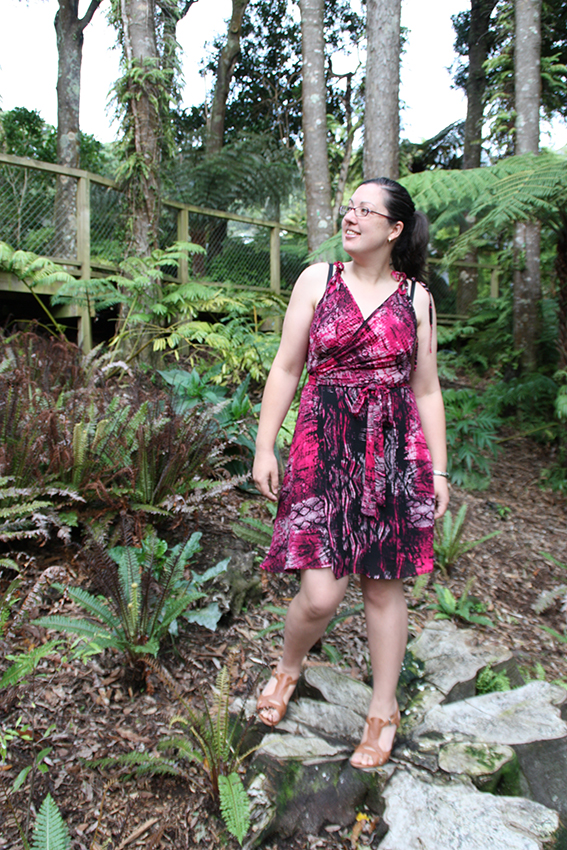 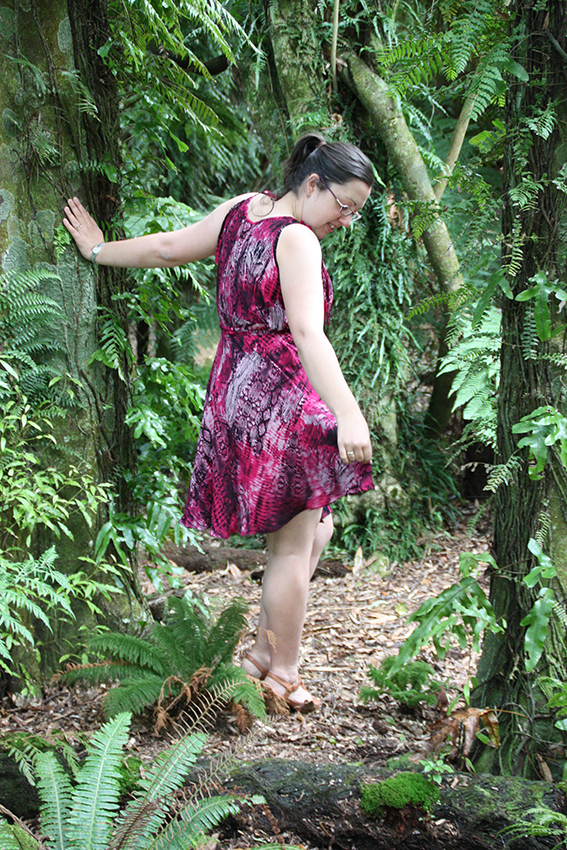 We took these photos at Otari’s Wilton bush, one of my favourite spots. I think the green shows off the hot pink nicely 😉 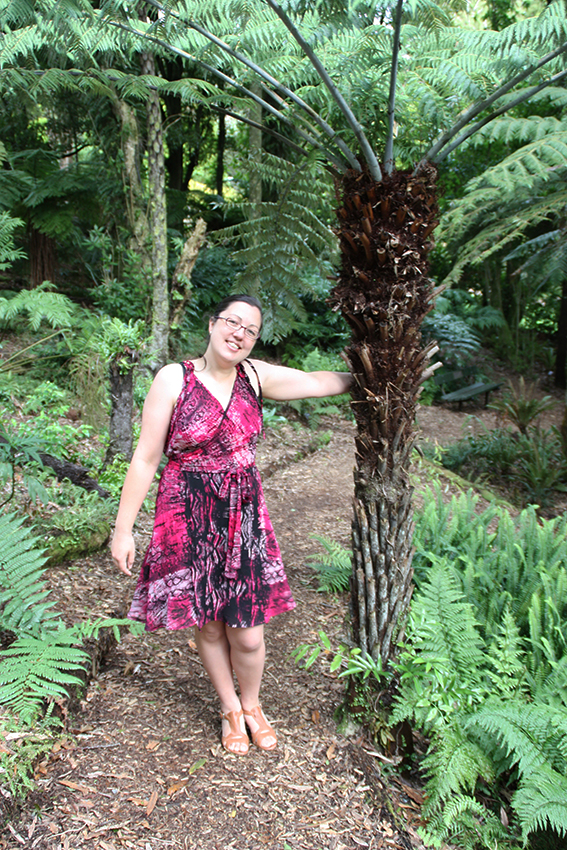 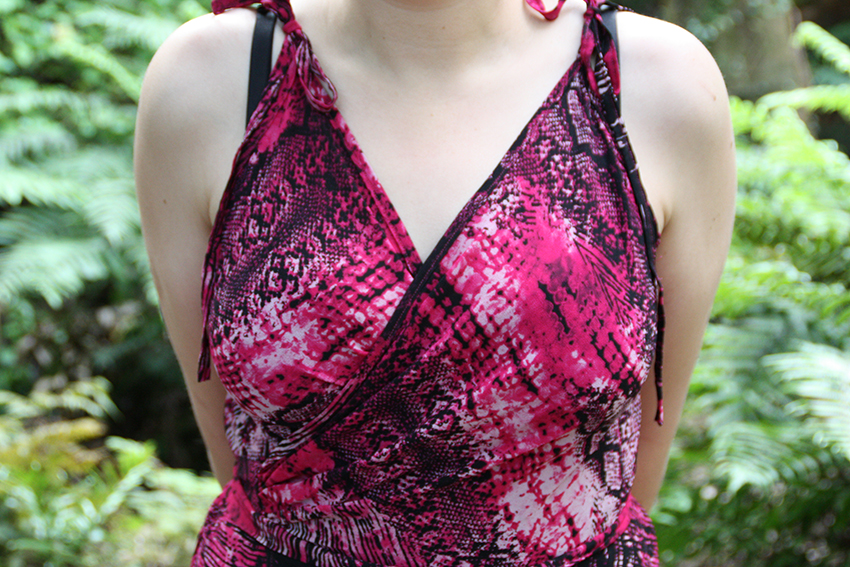 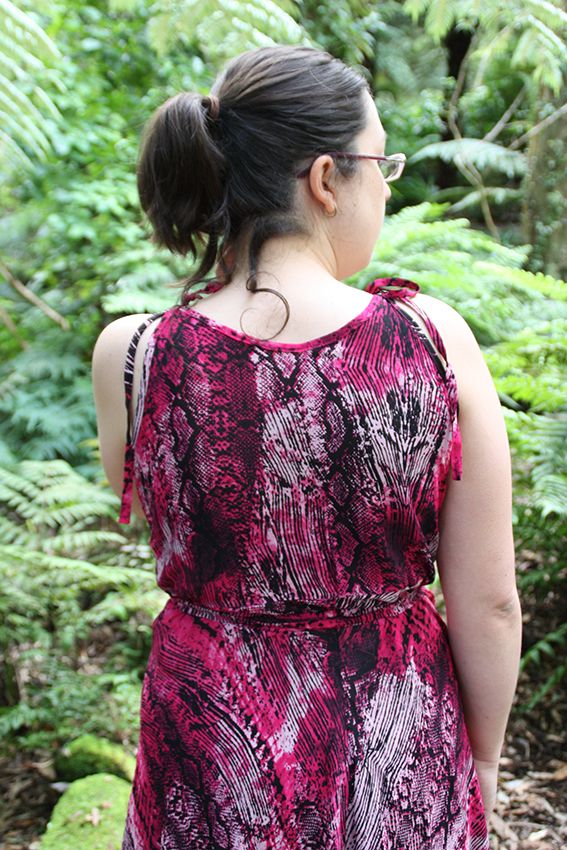 The dress itself sews up really quickly and the order that you attach the binding is carefully thought out to give a beautiful clean finish. If you haven’t sewn a Papercut pattern before this is a great ‘rookie’ pattern to try, I highly recommend it…And I know, I’ve recommended every Papercut pattern that I’ve sewn but…well, just try one 😉

There isn’t much more to say 🙂 except that you may be wondering where the other two girls are: 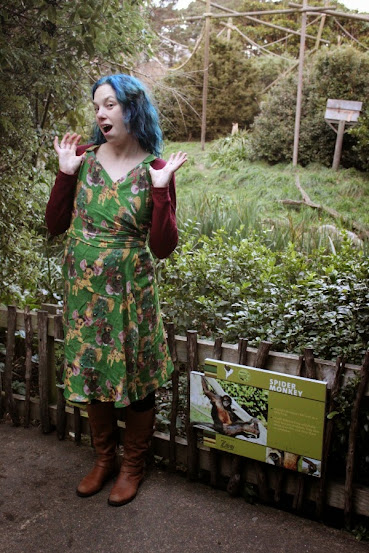 We had everything planned, Triplet Mid Summer’s to launch The Monthly Stitch Indie Pattern Month 2014, and the Dresses competition AND the added bonus of Juliet (we haven’t done a triplet TMS launch post since our very first cape post) and then it all fell apart. 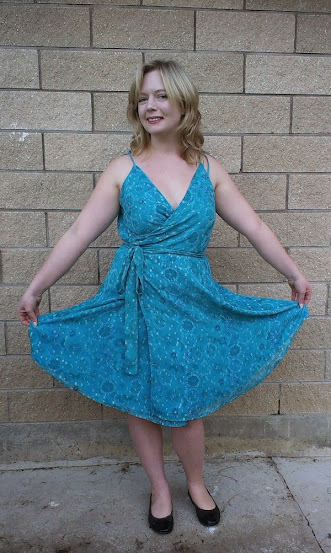 But that’s ok, because I still love my dress and the girls look fabulous too 😉

Now, speaking on dresses, I’d love it if you would pop over to The Monthly Stitch and vote for your favourite dress, there are some gorgeous entries and they deserve some comment love. 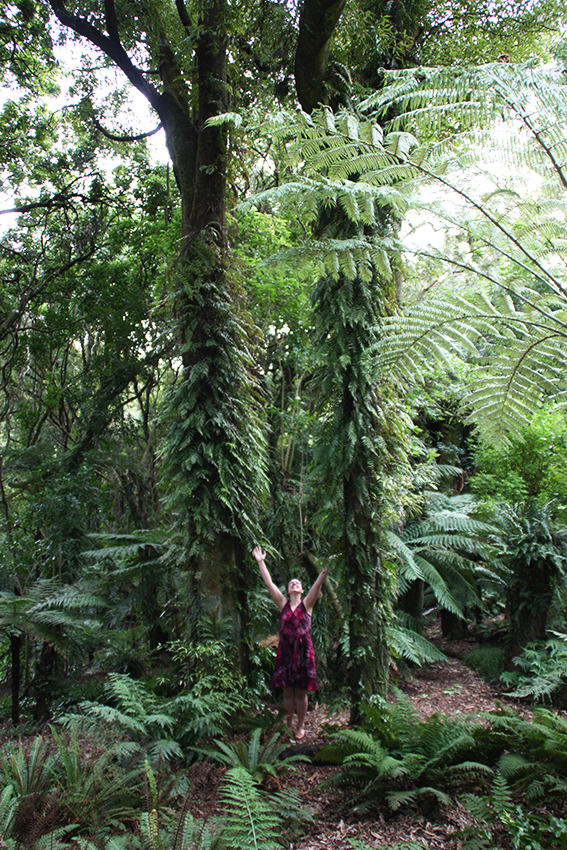 No changes next time, maybe lengthen the ties.

Other notions – Self-fabric made “bias”, Thread 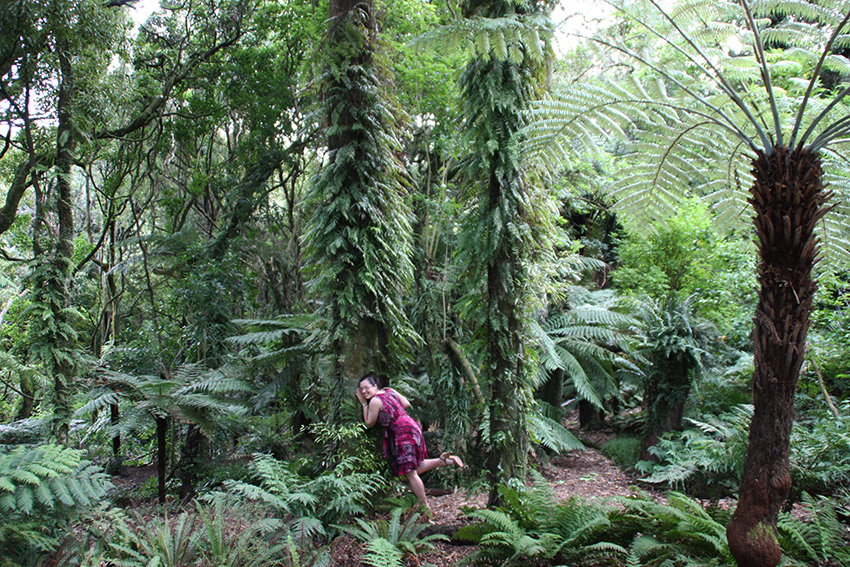 10 thoughts on “A winters Dream about Midsummer”