When I first finished this dress it was a rainy autumn day in May. I put it on and wasn’t immediately sold.

I had found the final instructions for finishing off the ruffle and waist tie frustratingly lacking and so I wasn’t in the best mood. I told myself to wait a little bit for some sunshine and then try again because this fabric is a little bit special.

In 2013 Arthur Toye, an NZ fabric institution with stores all over the North Island (maybe the South too? I’m not sure) announced suddenly that they were closing down. 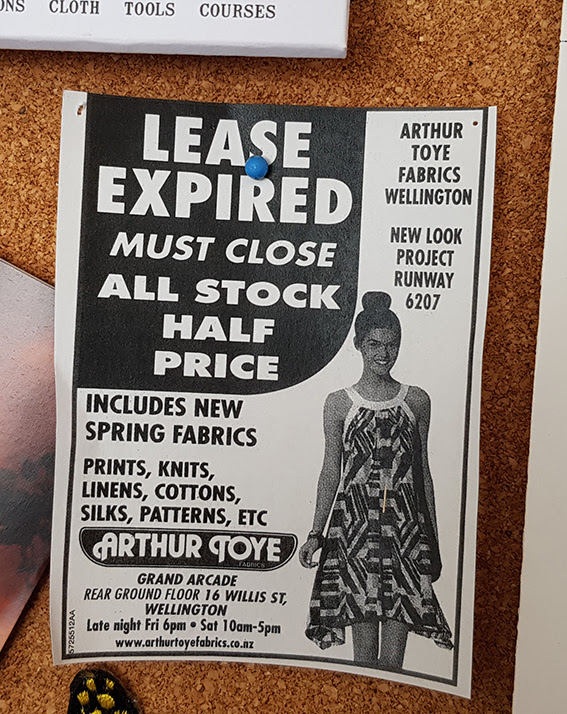 I was devastated. I’d been buying fabric at ATs for as long as I’d been sewing. They had an amazing selection of fabric at decent prices, all the major pattern brands and notions, and they were in the middle of the city. The staff always took the time to create interesting displays and the store was always tidy. Sometimes I’d just go there in my lunch break to be inspired, pet the fabric and then head back to work. They also had regular amazing sales!

After the Wellington store closed I was heading through Palmerston North with my sister to visit our Dad and we saw that their store was still open. We popped in on our way back and both bought a length of this amazing heart printed Rayon. 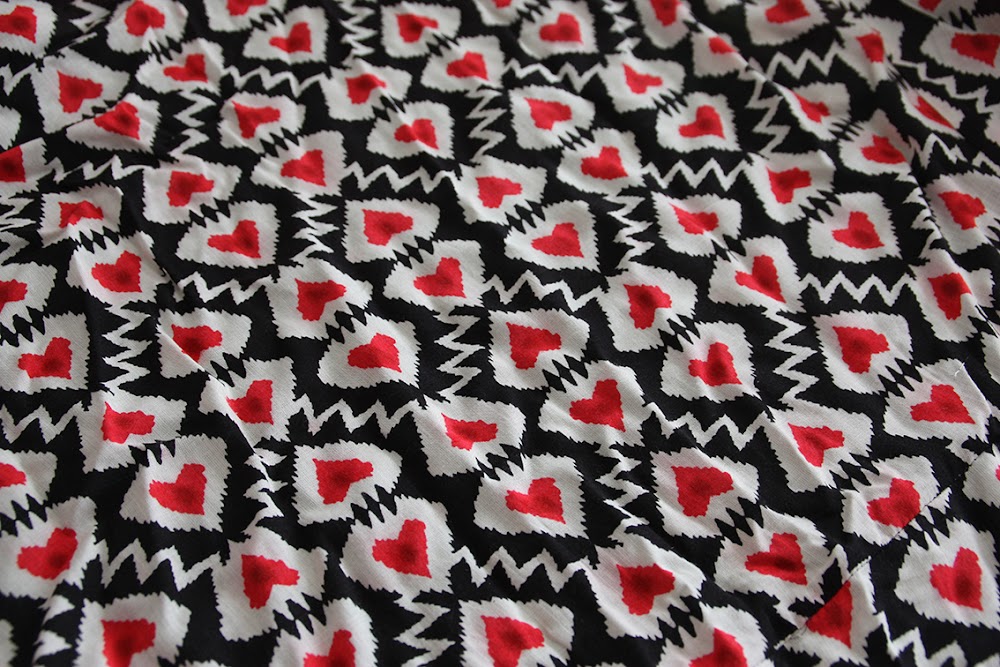 If this fabric looks familiar it’s because you’ve seen it before on my blog. In 2014 some of the Wellington Sewing Bloggers teamed up to make Megan Nielsen’s Tania Culottes. 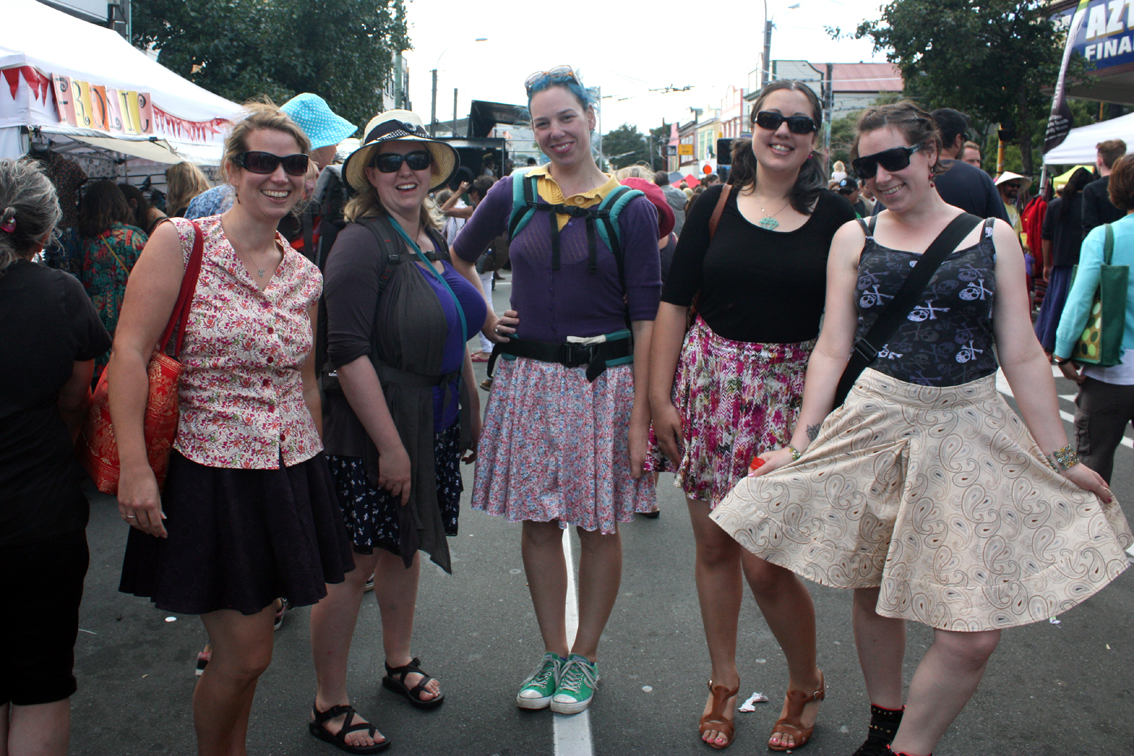 And because Fashionable Younger Sister’s name is Tania we made her join us, even though she lived 650 kilometers away in Auckland: 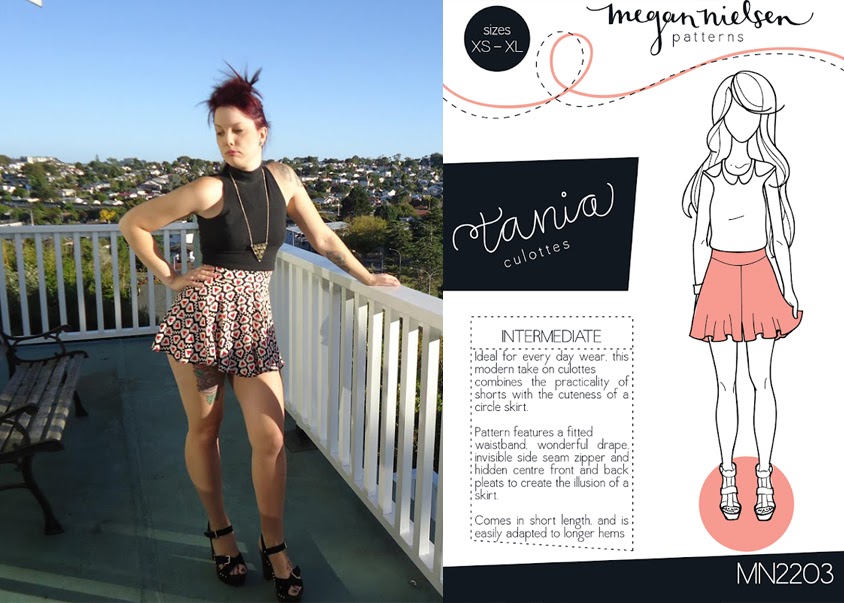 Mine went into my stash for a bit more “maturing”. I still have a lot of AT fabric in there but one day, and I admit that day is a long way off, I’ll pull out the last piece of Arthur Toye fabric.

That day will be a very sad day.

The StyleArc Giselle dress pattern caught my eye after I Camille shared a similar Realisation dress on her Instagram story. 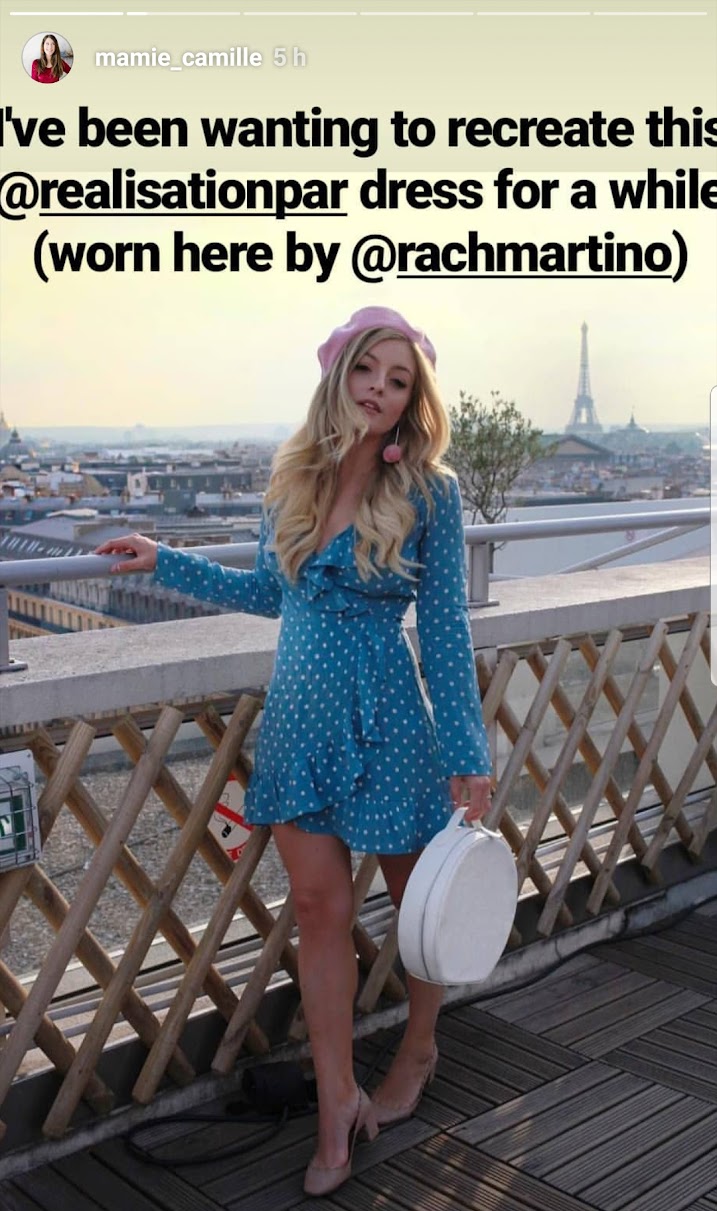 I decided I needed a fluttery summer dress and the hearts rayon called out from the shelf. That’s how fabric maturation works, you just have to listen carefully 😉 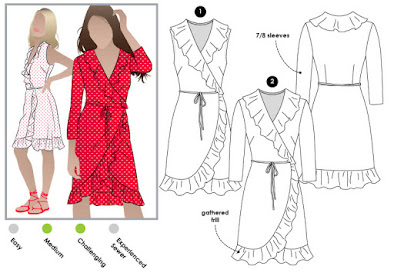 This was my first StyleArc pattern and having already been pre-warned that the instructions were minimal I thought I knew what I was getting myself in for…There was no cutting layout but you guys know by now that I’m totally fine with making that up on my own!

I also had my supervisor at the ready. 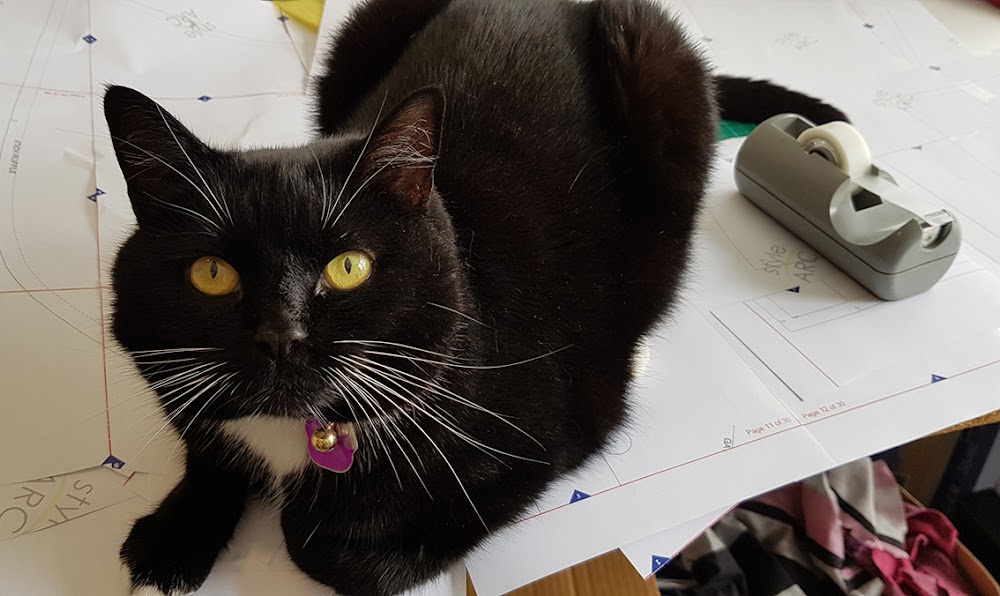 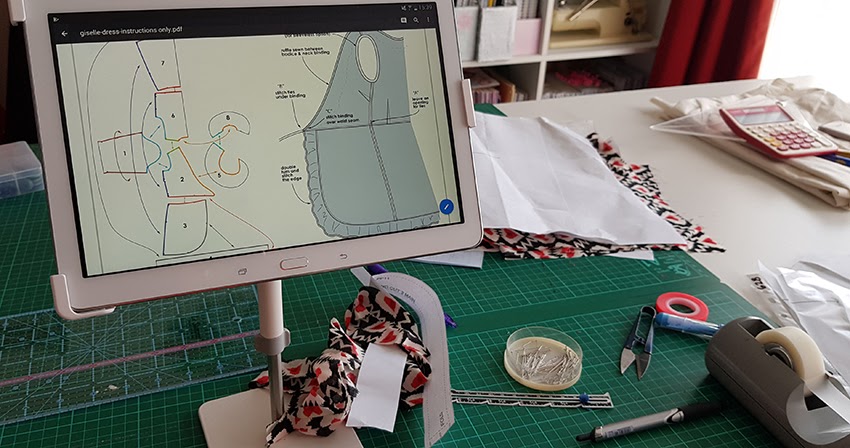 The fabric estimate stated I needed 2.5m and I only and 1.7m. It was a tight squeeze but with a bit of piecing I managed to get everything out of my short length. 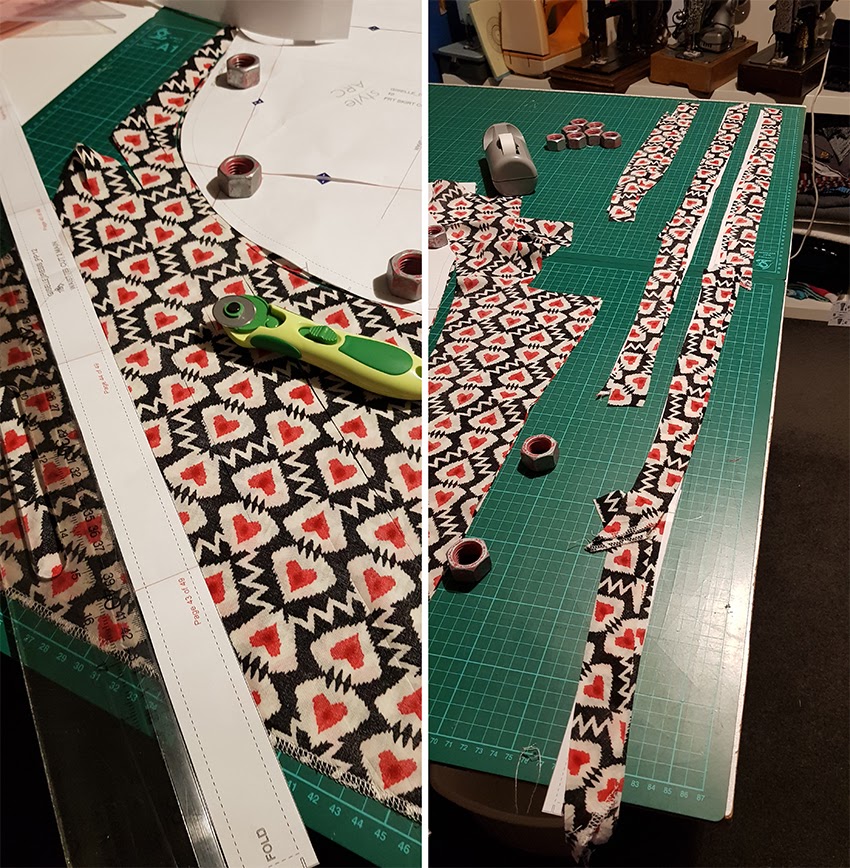 I don’t remember why I bought such a random length of just 1.7m (2.0 or 2.5m is my usual go to when I’m just stash bulking), I suspect it was the end of the bolt after FYS’s length was cut off.

And then I realised that I hadn’t cut enough binding pieces so all the scraps came out of the bin and I pieced even more bits together!

Despite the short instructions there are some nice details in this pattern. Binding finishes all the raw edges…mostly nicely. I recommend under-stitching before you topstitch this down. 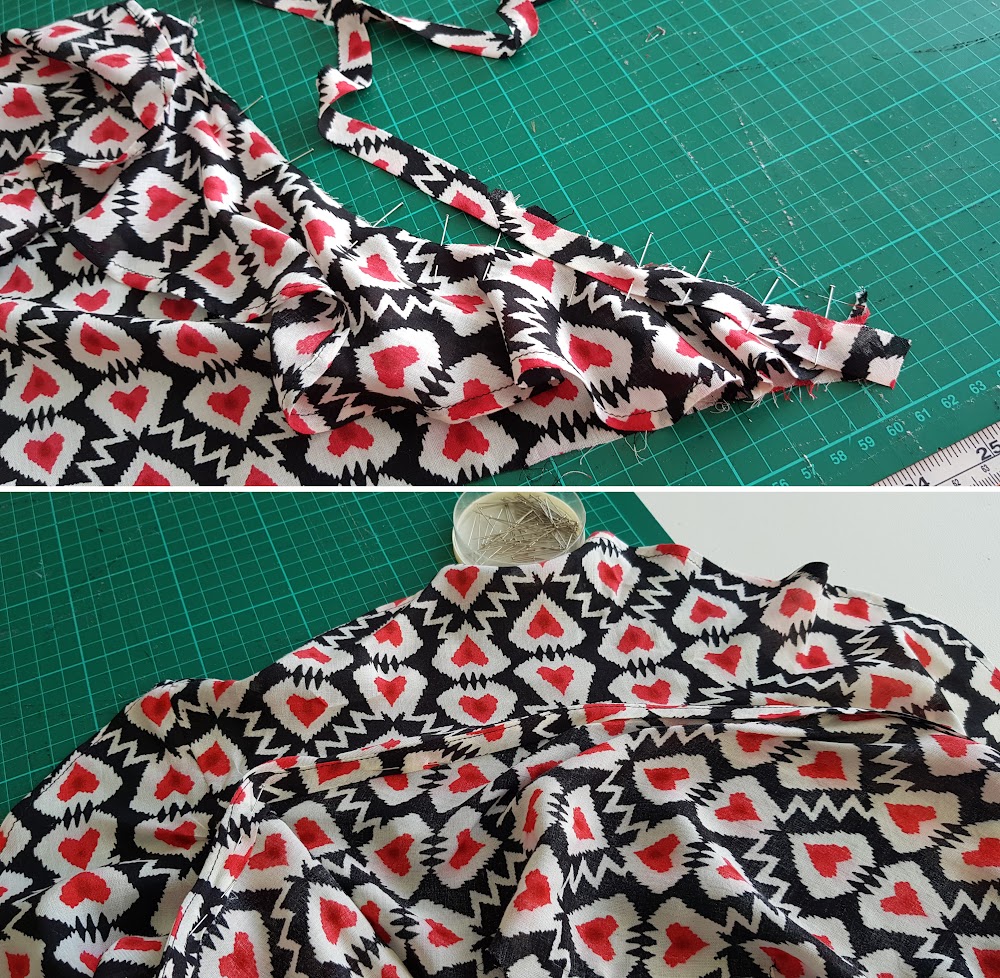 The longest part of this make was finishing the edge of the ruffles. They are so long and it’s a little fiddly.

This was second only to gathering the skirt ruffle. It was an even looooonger pattern piece but with a little patience, I got there in the end. The nice thing about the ruffle is that after it’s sewn on there is no need to hem the skirt, suddenly the dress is finished! 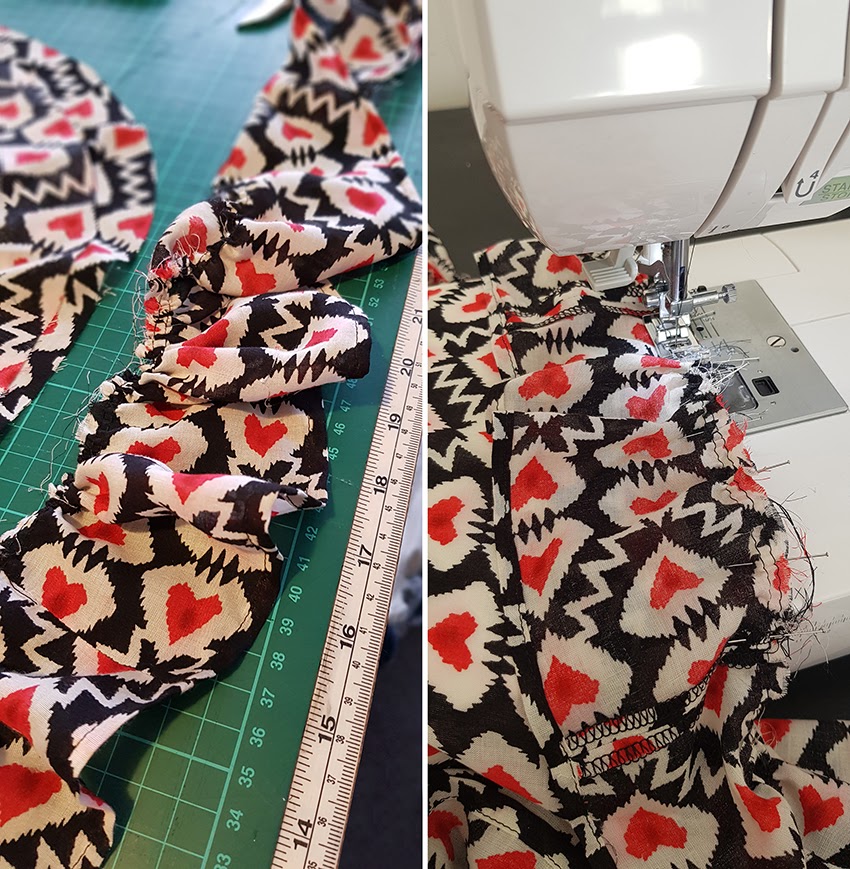 The sour note at the end was the interface between bodice binding, waist seam and waist tie…it’s just not very refined and it was a let down to finish the dress off on such a fiddly and poorly thought out detail. 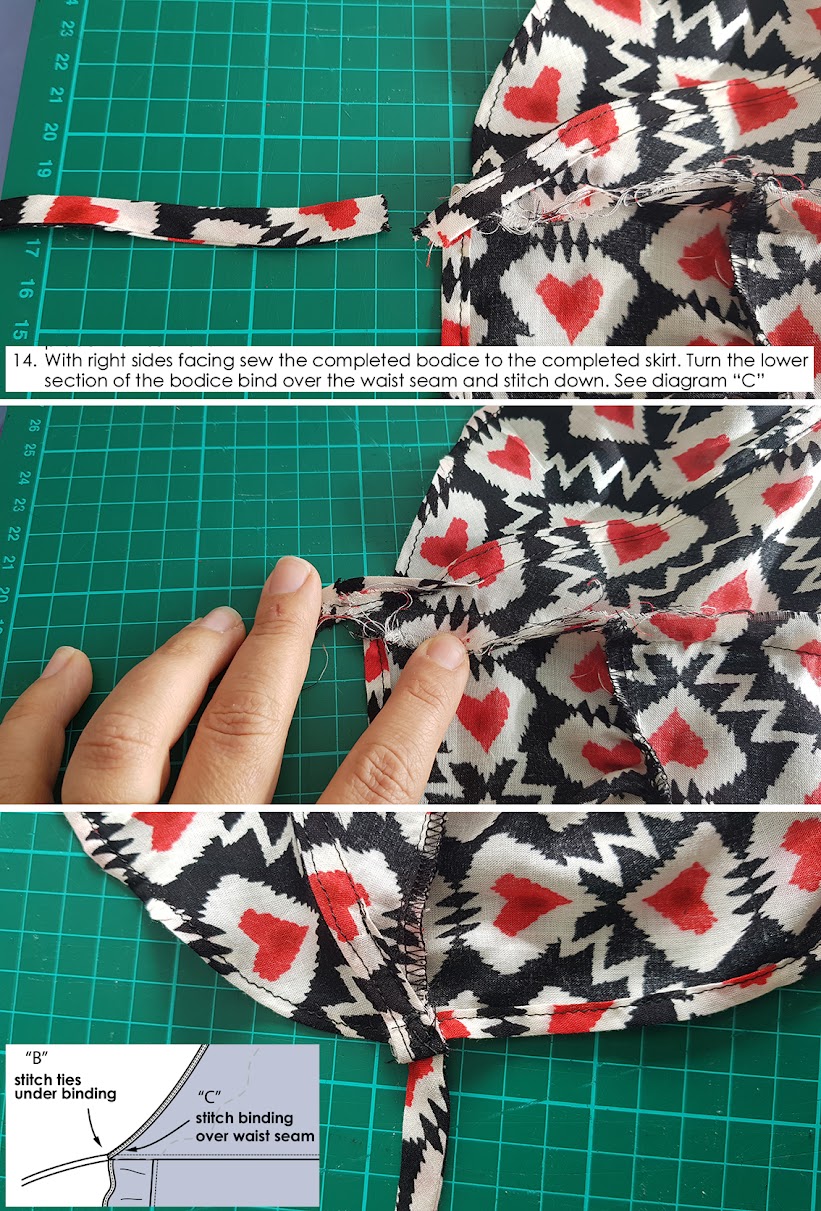 So, after two weeks of waiting for some better weather, I am glad to say that in the end I liked my new dress more. It’s a much lighter and shorter style than I usually wear but it’s very summery and the ruffles are fun. 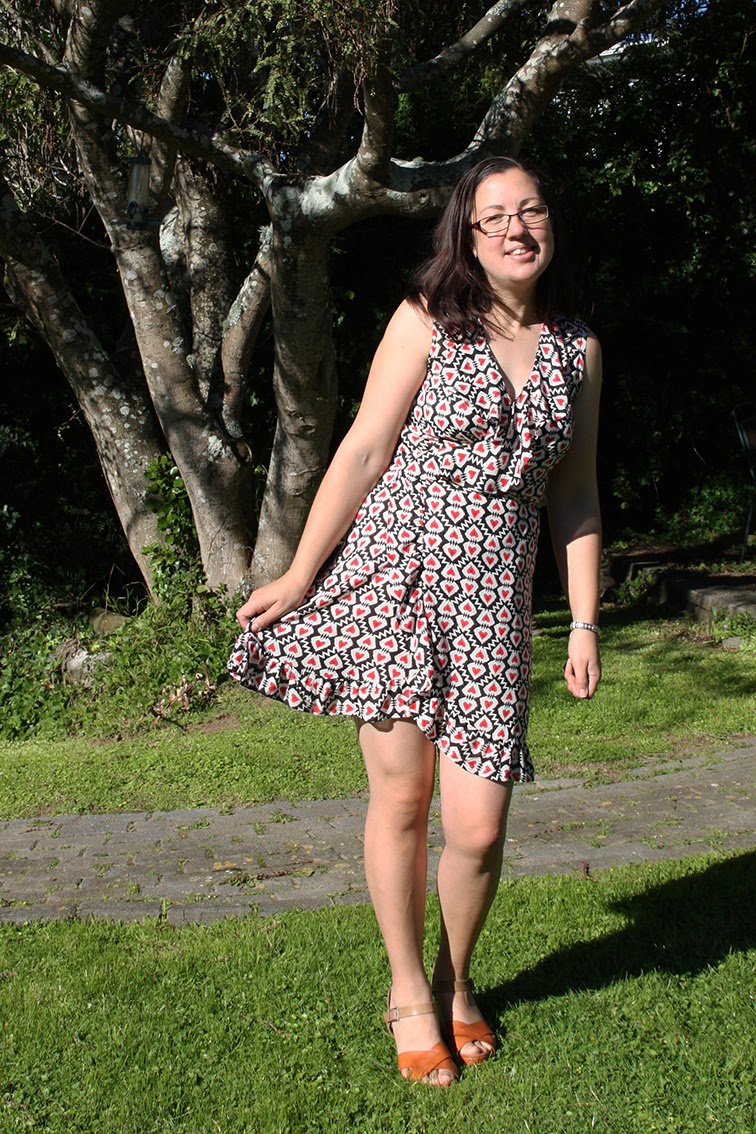 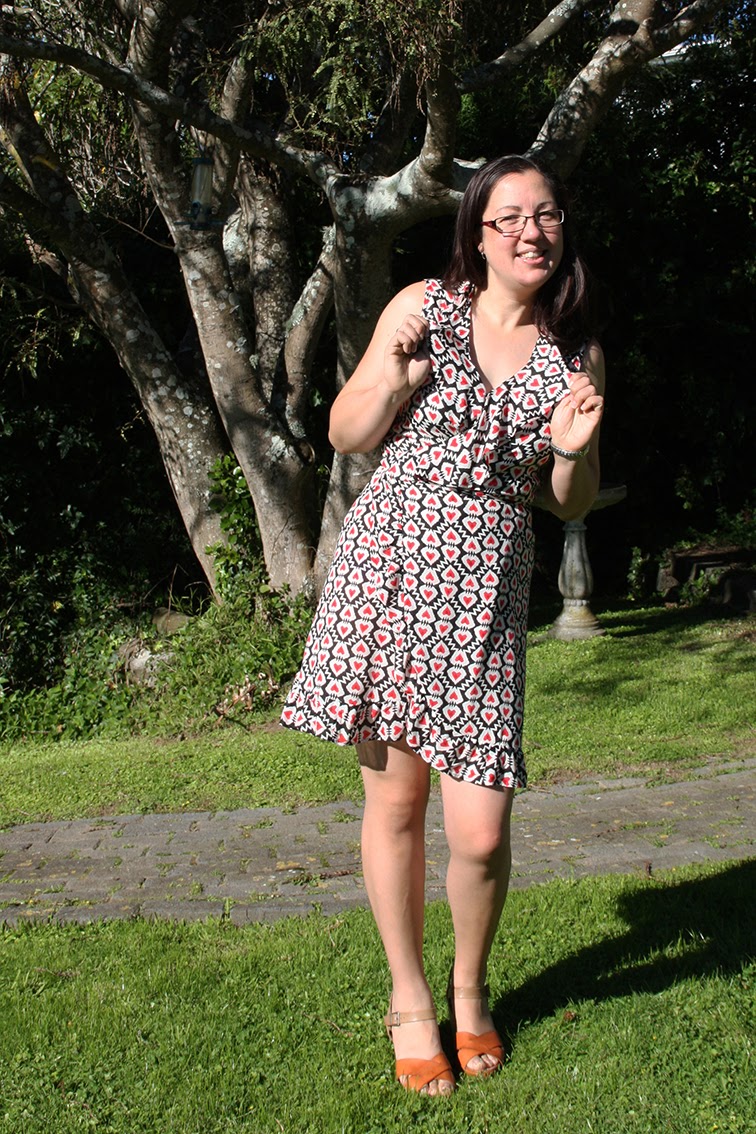 Winter was very much on its way however so the Lonely Hearts Giselle will be waiting until Summer 2020 for it’s next outing. 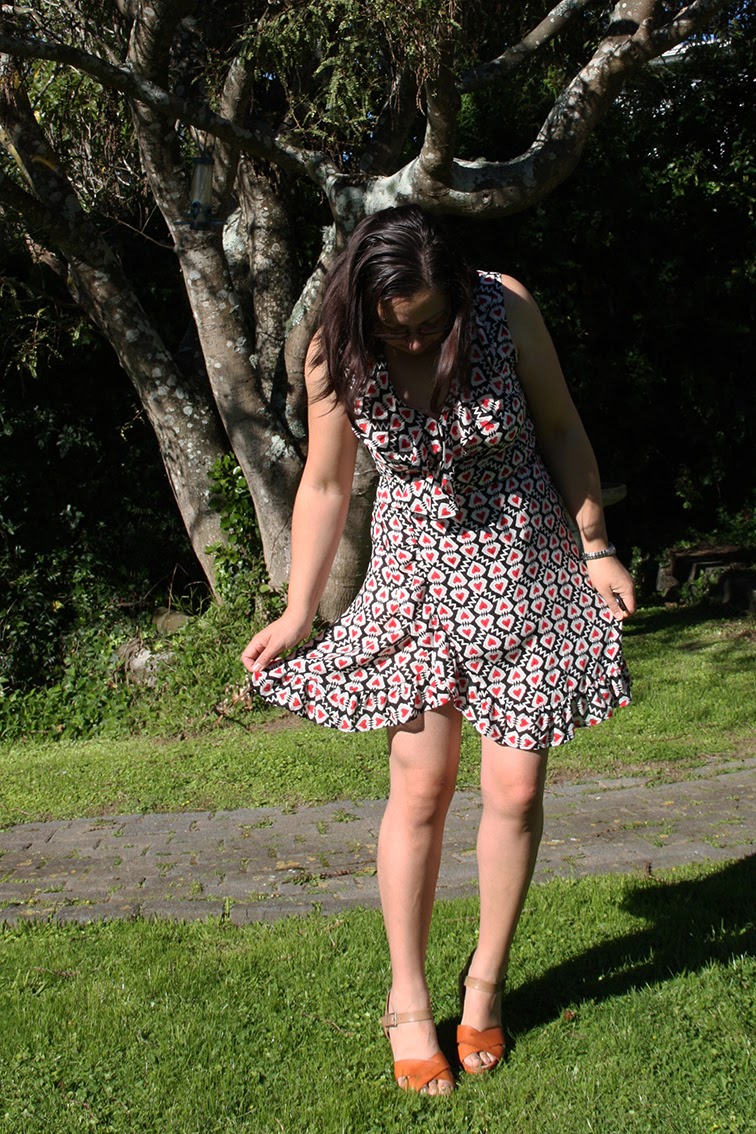 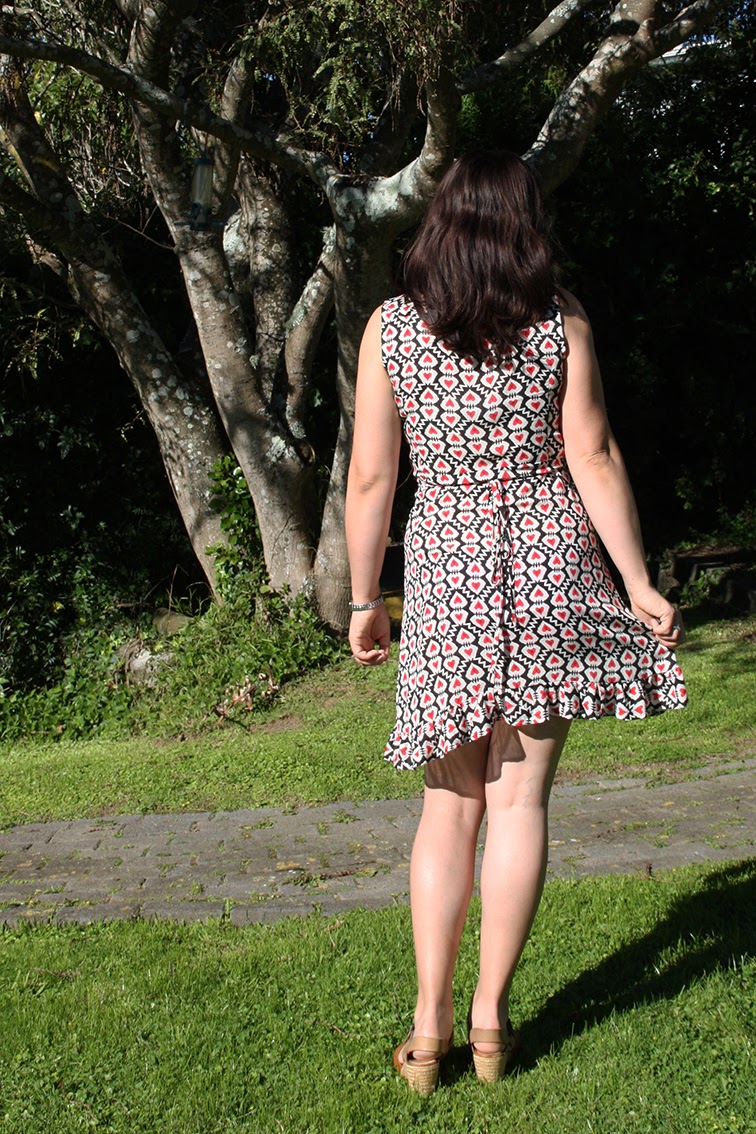 I think we’ll go to the beach together!

I’ll leave you with a fun pic from a weekend sewing session: We have a small sewing group at work and we usually meet once per month to sew in our office staff hub. I’m slowly enlarging the group by teaching anyone who is interested. My current students are Sarah and Sovaia who are both making the Papercut Pattern Ravine Dress. How gorgeous are the colours they chose? They’re both really close to finishing now! 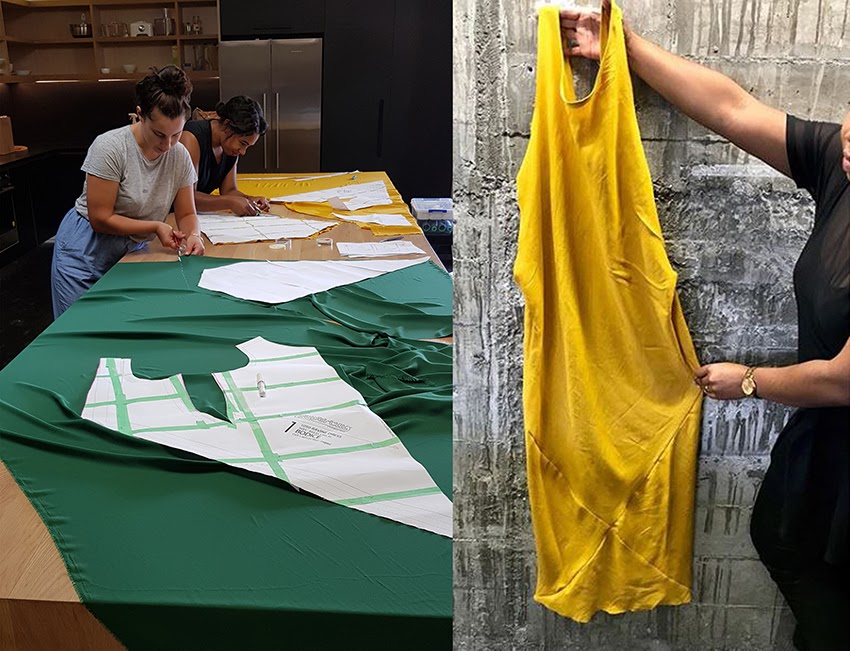 It’s never too late to learn to sew!