I had a super busy weekend but I did get to do some sewing…and some of it was even for me!

Nerdy Husband is so happy with his merino top that he has requested more. At the moment he is working outside for his job and since it is winter it means he is wearing it everyday. I made him a second one in charcoal grey last month but that still means I have to wash them both every 2 days so on Saturday I was taken fabric shopping (squeee!) and more merino was bought. Global Fabrics had it on special at $20 a meter which means I can make his merinos for about $30 each, that is super cheap!

Then we went rubbish bin shopping.

I know right! Fabric shopping AND rubbish bin shopping in one day? I am a lucky woman 😉

The problem is that Harri thinks it’s hilarious to jump into my open-topped rubbish bin in my sewing room and then play in it. Sometimes she just tips it over to play with the contents. Just that morning we were in the kitchen eating brekkie and she trotted in with a paper scrap in her mouth that looked distinctly sewing related.

This is OK if it’s just paper but, as we have already discovered, she really likes thread. She munches on the offcuts and scraps from my overlocker catch bin and I worry she will swallow some and that would be bad. It also means I have nowhere to throw away sharp things like bent pins and old rotary blades. I’ve been putting them in the kitchen bin but one day I’ll forget and she will jab or cut her paw when she jumps in! So the kitten-proofing of the sewing room continues and a pedal bin (green with white polka dots) was purchased and success! It is kitten proof…but not the box it came in 😉 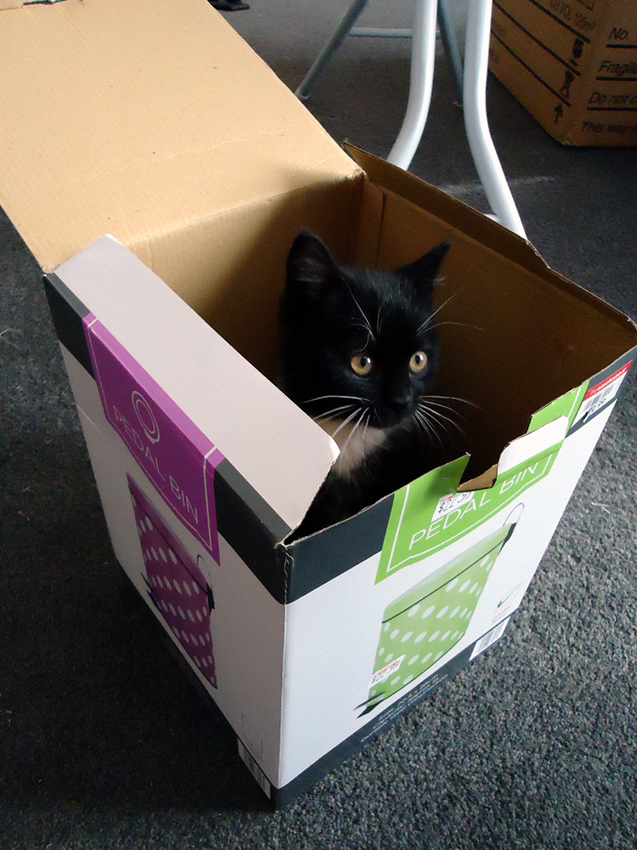 I swear I did not put her there. I turned around from unwrapping the bin and she was looking out at me, true to the Scottish Fold breed, she loves her boxes!

I spent the rest of Saturday cutting out my top secret project: 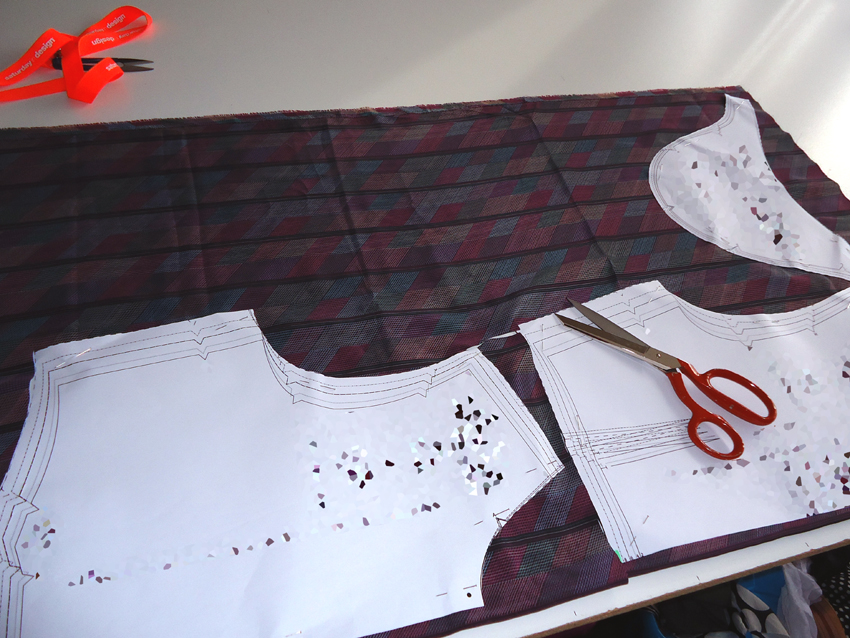 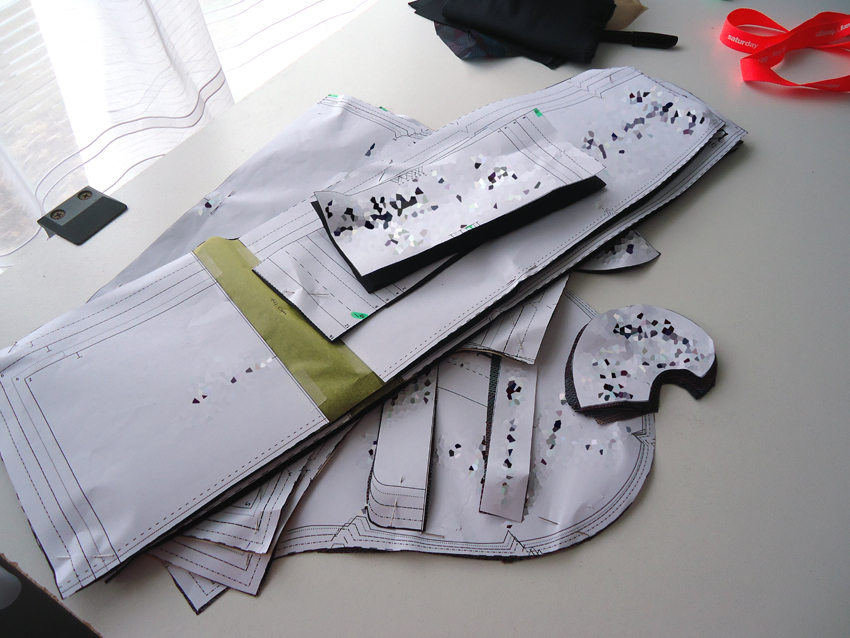 Then on Sunday the merino tops began, I bought enough fabric for three of them and whipped them up production-line style because I knew that if I made them one at a time I would get halfway through the second one and be super bored and want to stop. So instead I cut all three out first, then attached all the arms.

Next came the decorative top stitching (faux-coverstitch). This is the part that takes the longest, after racing along on the overlocker, switching to the Elna feels so slooooow! To make that stitch formation it feels like 1 stitch forward, 2 stitches back! But I did it!

Then arm/side seams followed by collars and finally hemming, phew! 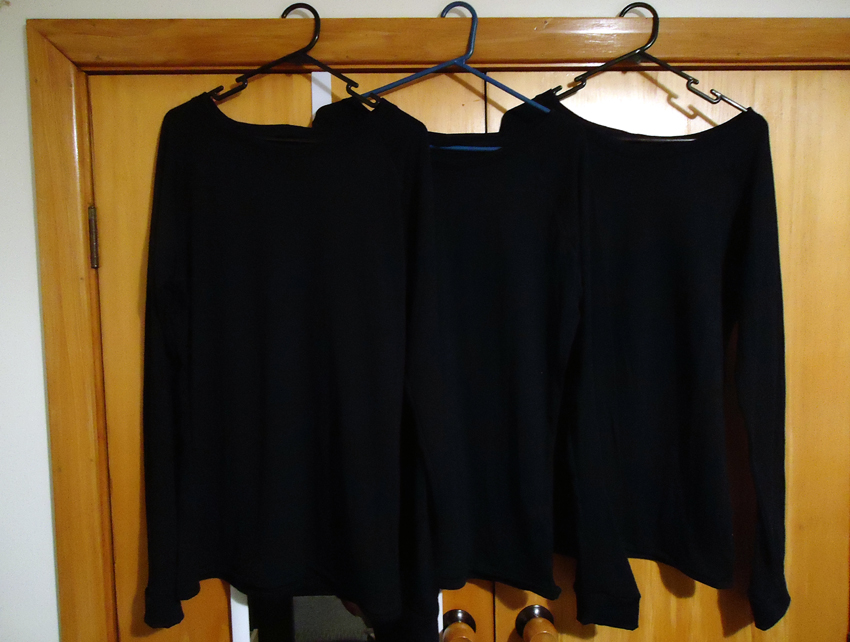 NH was impressed with his instant merino wardrobe, his next request?

Before I could move onto some me-sewing I had to give my cutting table a good clean: 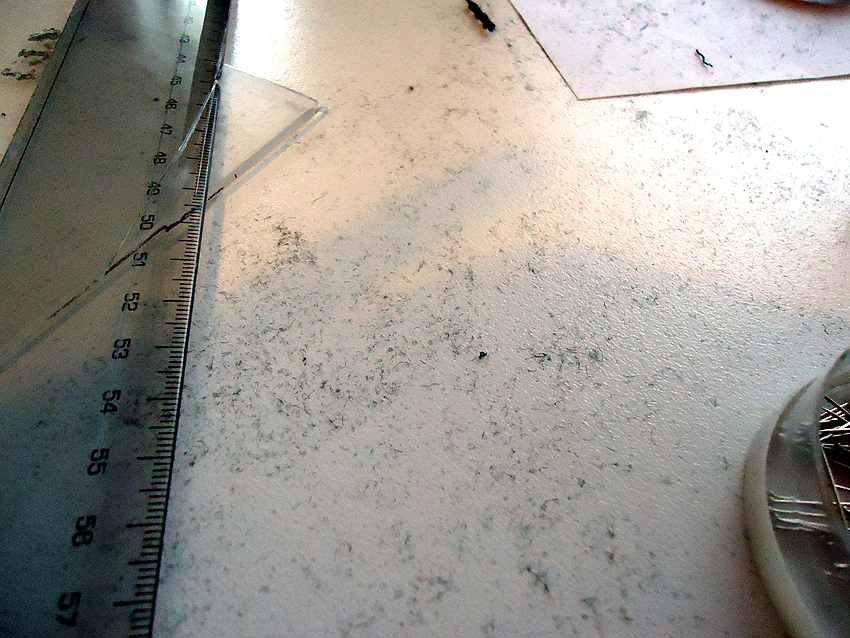 And then finally! I got to work on my Lady Grey, with Harri’s help of course.

This is actually a really good photo of the wool which is black but with a chunky weave that’s hard to photograph: 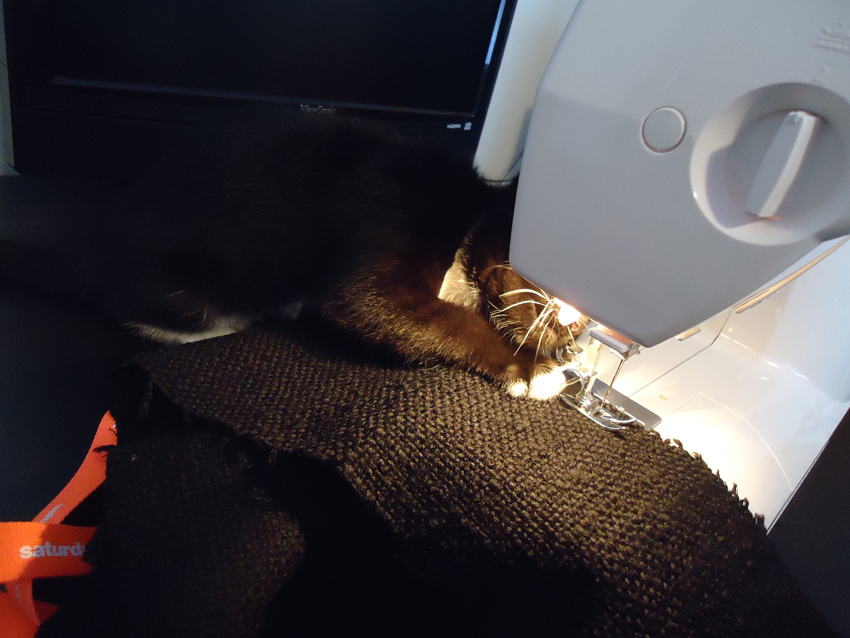 We loves watching the bit that goes up and down

So this is as far as I got before it became too dark to sew black (must address the lighting in my sewing room!) 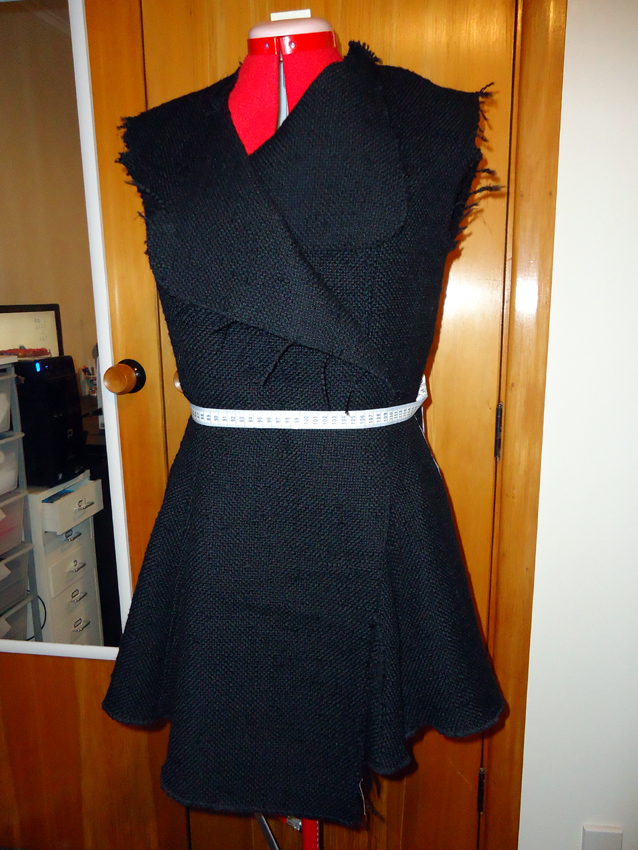 Look at all that fraying!

The shell is assembled, seams top-stitched. No sleeves yet but I am already really excited for the final garment. I love the vintage feel to this pattern and I think it will be super flattering and girly with the big lapels and twirly bottom.

Tonight I will make dent in the top secret sewing project stitching. I have to dig out the appropriate coloured thread and then remember how to set my overlocker up for rolled hems. I want to get some tricky and potentially monotonous finishing done first, then I’ll begin to assemble the rest.

Make sure you pop over to Kat’s blog next and check out her interview with indie pattern label Sinbad and Sailor.