I stitched up my jacket in a black and white polka dot needle cord. It took me a long time to decide what fabric to sew my bomber in, looking through my stash several times and trawling the fabric shops buying fabric…but not for my bomber. 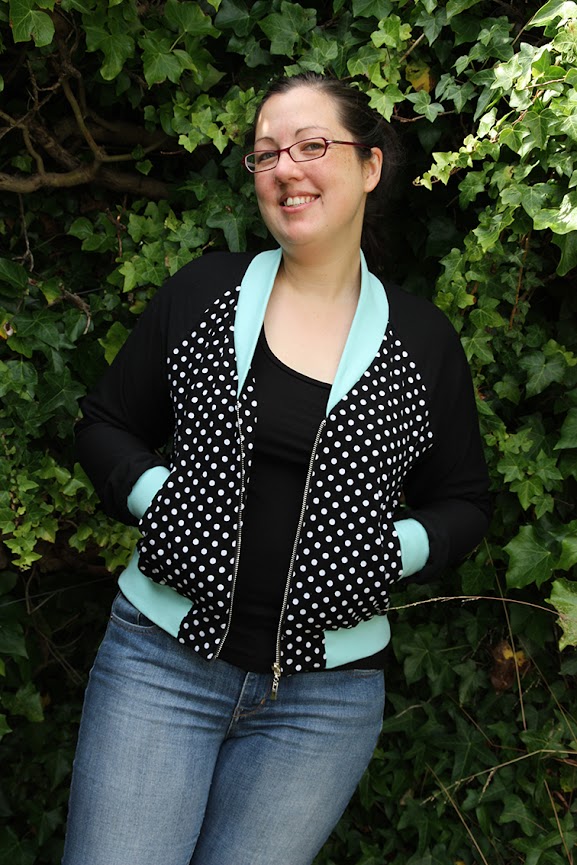 This cord is actually a fairly recent addition to my stash from a pre-Christmas trip to Palmerston North with fellow WSBNer Sandra. We popped into Levana on our way and later we split up while I did some errands. When we met back up Sandra showed me what she’d bought from Morelands, which included the cord, and I decided I needed to go there too. So we went back and I totally copied her by buying the last of the bolt. 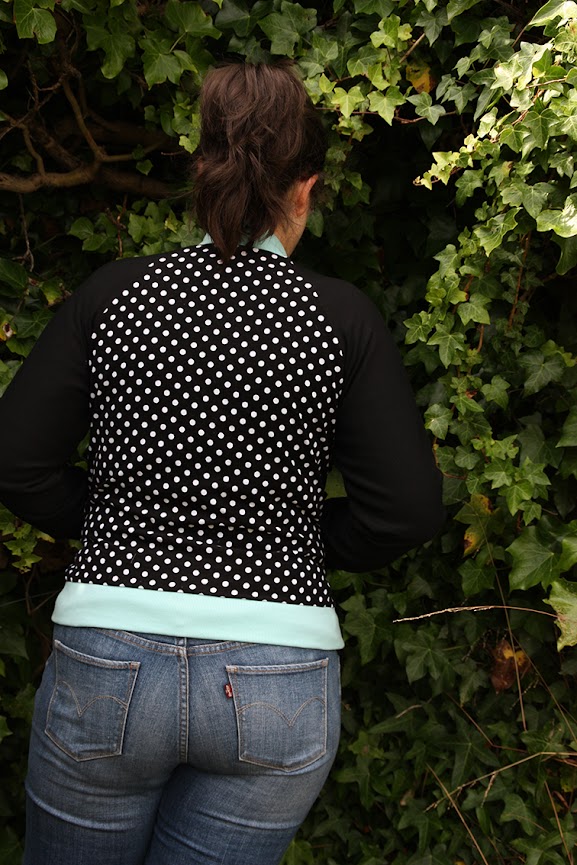 I was originally thinking skirt but eventually my ears attuned to the fabric’s whispering, “bomber…jacket…do it”

Your fabric whispers to you too right?

I only had 1.55m, not enough for sleeves, but actually that much polka dot would probably have been too much anyway so I tested out an idea I had for a jacket with ponte arms and bought a black double-knit and then picked out an emerald lining fabric and mint green ribbing. I was channeling a 50s vibe I think…I might need a poodle skirt… 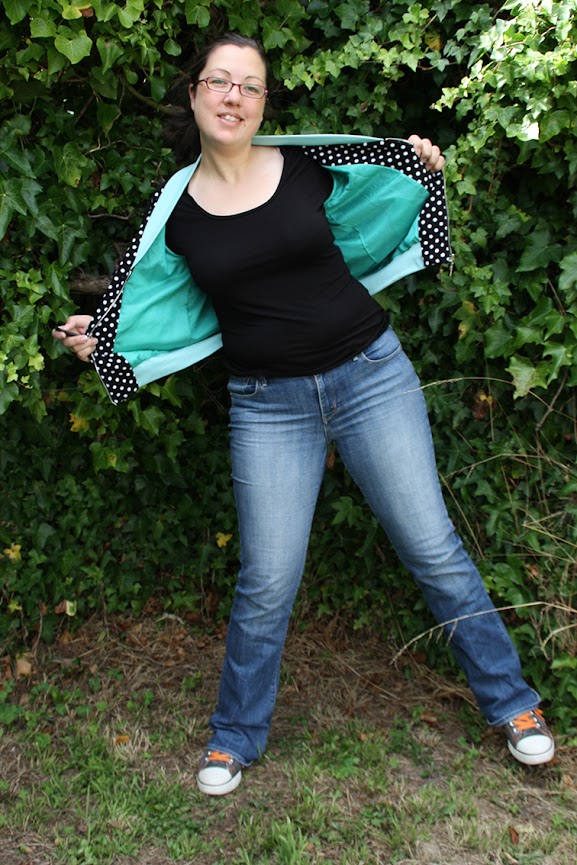 I drafted a lining from the pattern pieces (Kat wrote a great tutorial here) because I felt like this fabric needed it. My only other changes were to add 2cm in length to the sleeves and shorten the neck ribbing approximately 2cm at Kat’s suggestion to prevent a floppy collar. 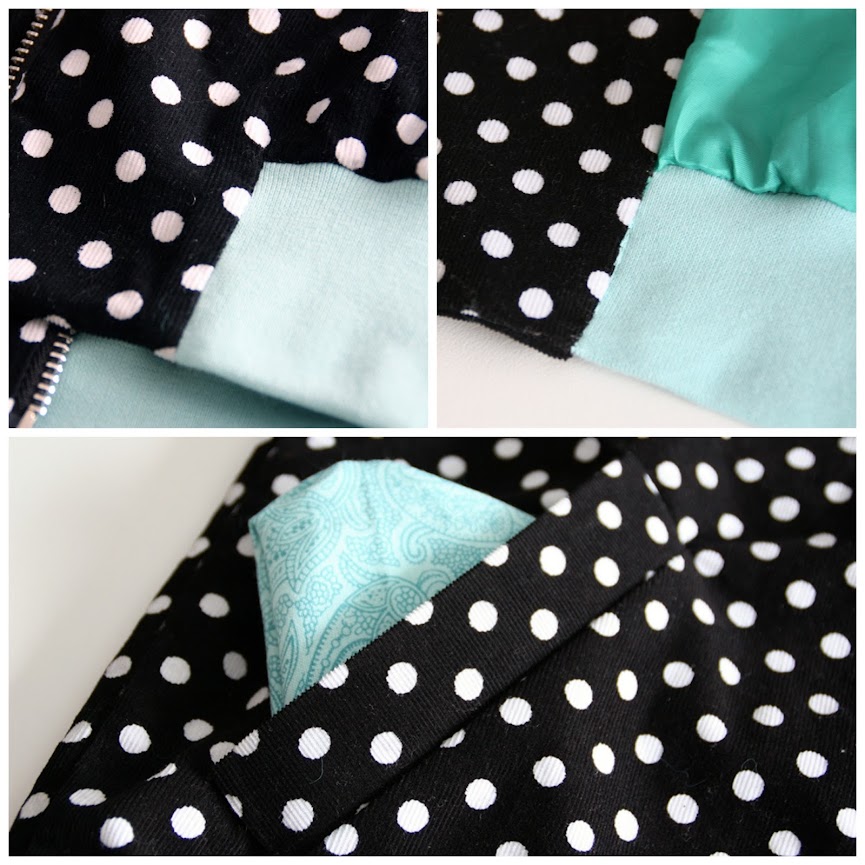 It stitched up easily, the welt pockets went in like magic and I love my pocket lining choice. 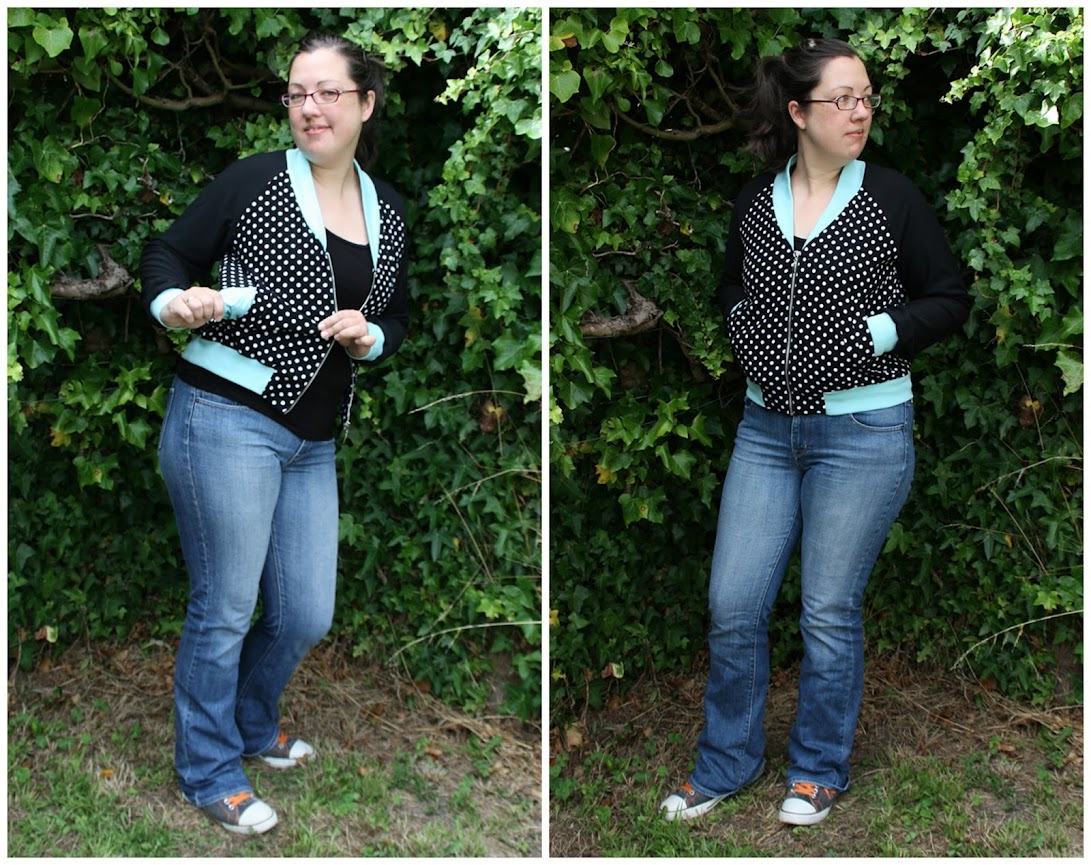 I changed it at the last second when I found a random scrap of printed cotton in my “this is far too small to keep but I can’t bear to throw it away” box. I have no idea where it came from but it was the perfect match to both the ribbing and lining. You normally can’t see it but I know it’s there 🙂 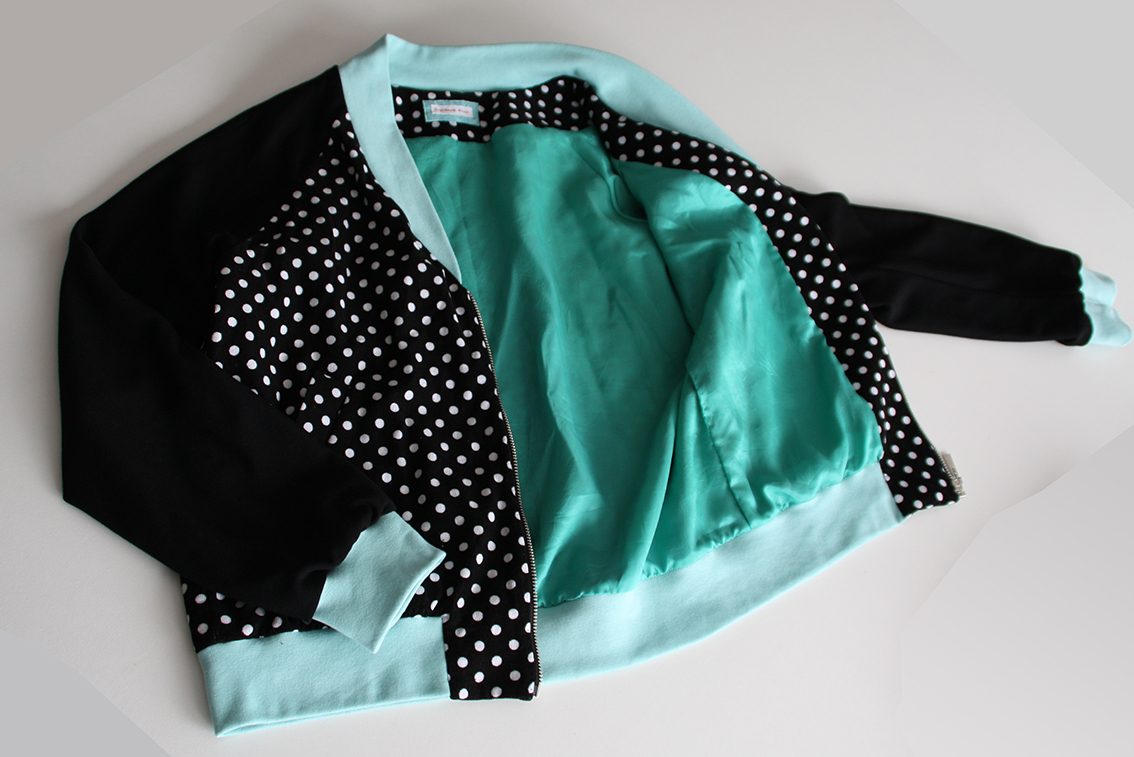 I also used it to embellish my label. 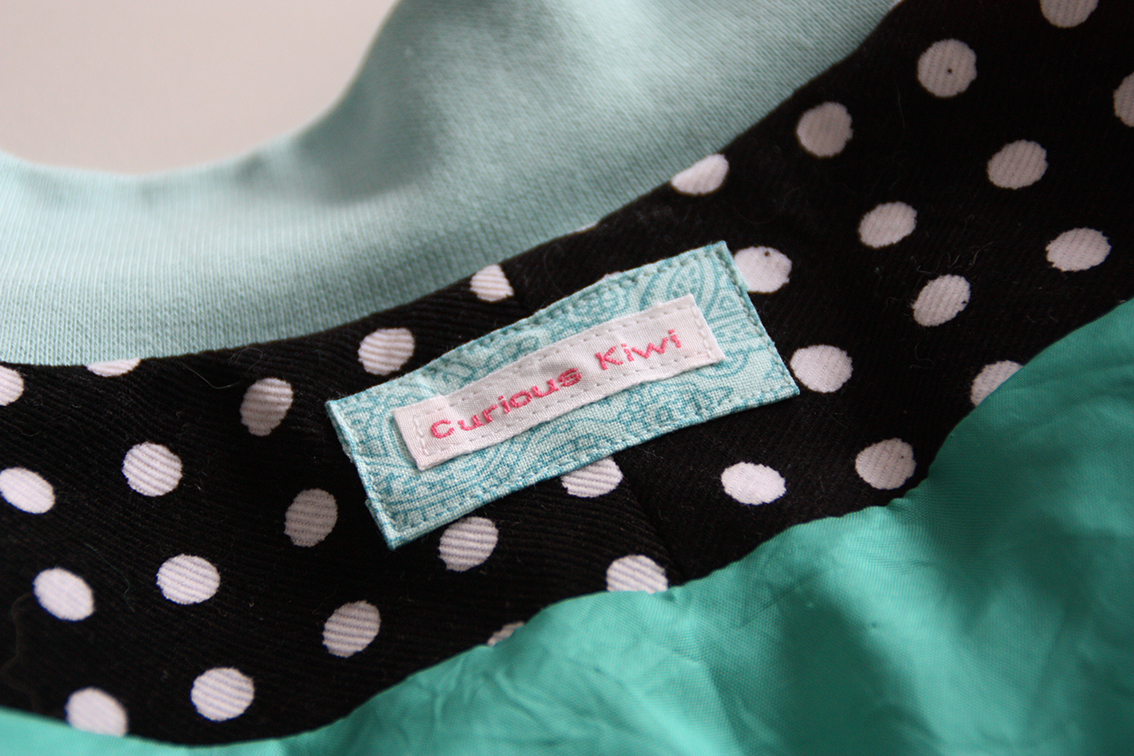 I’m really proud of this, I think it’s one of the most well made things I’ve ever made.

As my sewing improves I do notice more things I’d change next time. The arms are still just a tad short but not so much that I won’t wear it. It’s quite a different style to what I am used to, I’ve never owned a bomber jacket before and I find myself tugging it down occasionally. That’s just me getting used to it, but I think I’d like to try lengthening the body next time.

I’ve already worn this jacket a lot, it’s fun and casual and a good weight as we transition into autumn. 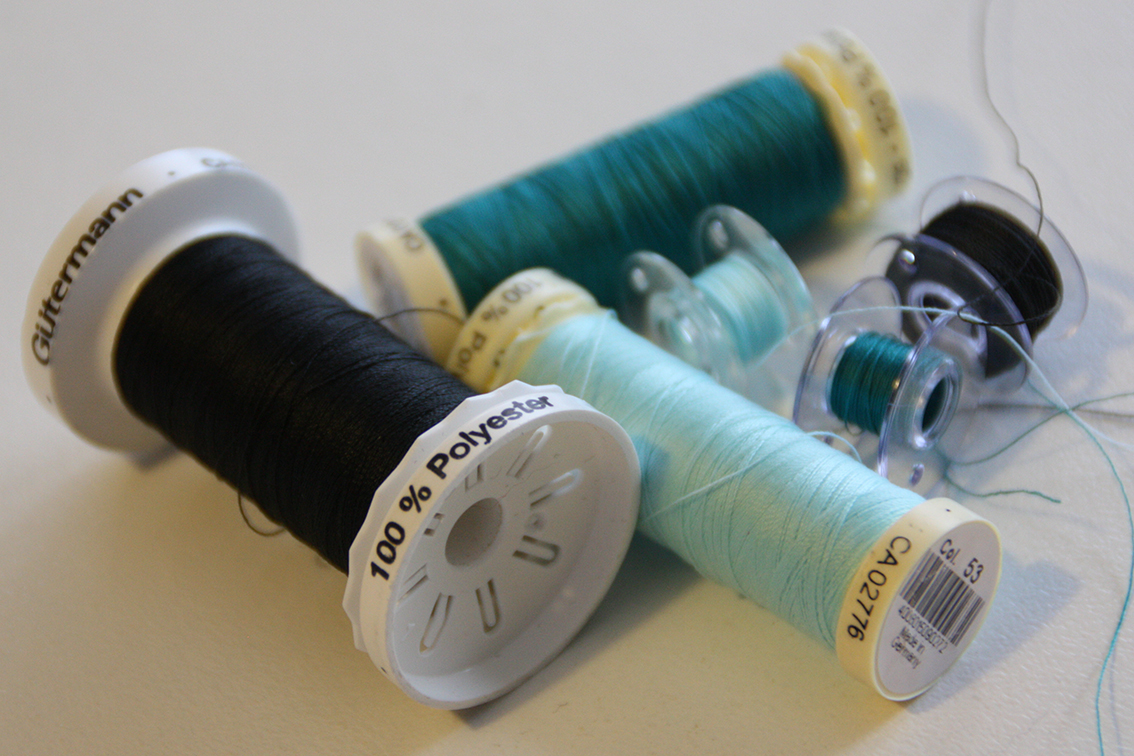 I’d really love to do a glam brocade or sequinned bomber but I think my next version will be a sporty one, unlined, variation 2. I am thinking marl grey with bright coloured shoulder triangles. 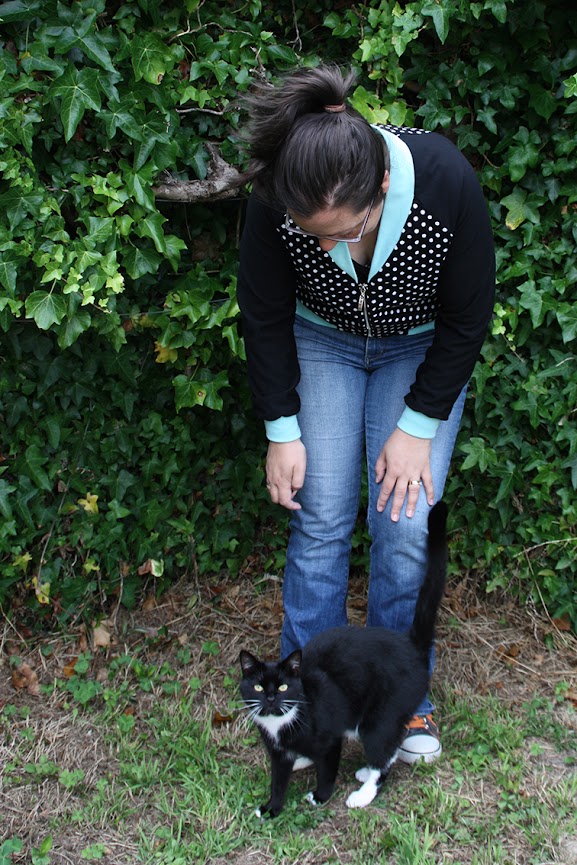 Harriet was unimpressed with the lack of attention, and the beeping black thing on the tall metal tree, it was giving her the evil eye…so she is giving it right back 😉