Let’s just get this out of the way first up shall we? I am not a Tilly fan but her Miette wrap skirt pattern is cute, if not very original, and it was easier (and faster and cheaper and…well you get my point) to print off a copy then try to draft my own, or to obtain or grade any of the many similar vintage patterns that eBay wanted to sell me. 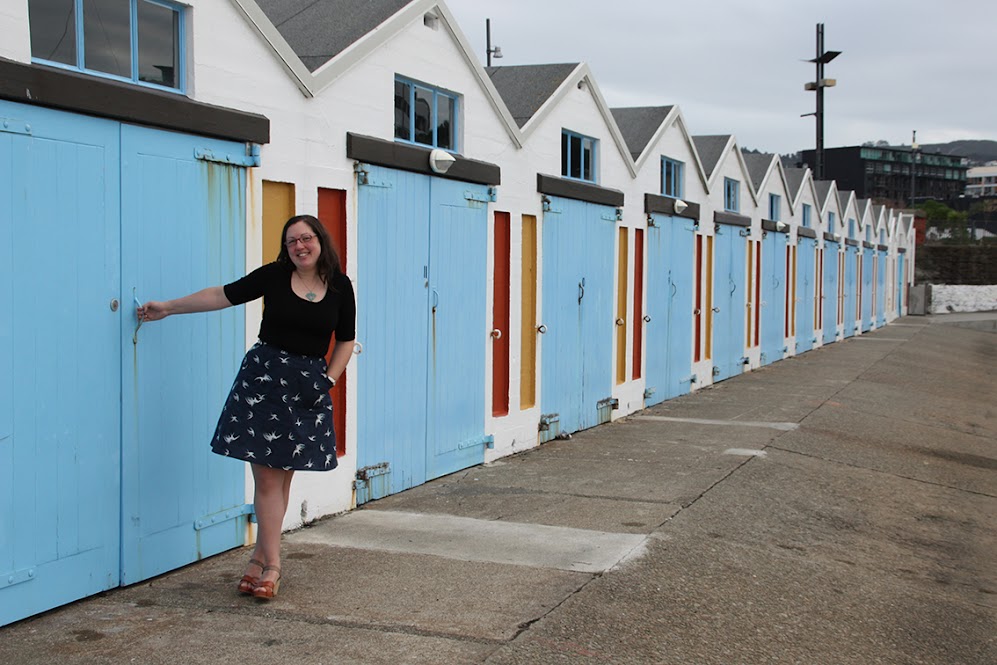 So, I bit the bobbin…and here is my Miette made from birdie printed linen of surprisingly high quality from Spotlight. It does say “Made in Japan” on the selvedge so there you go. 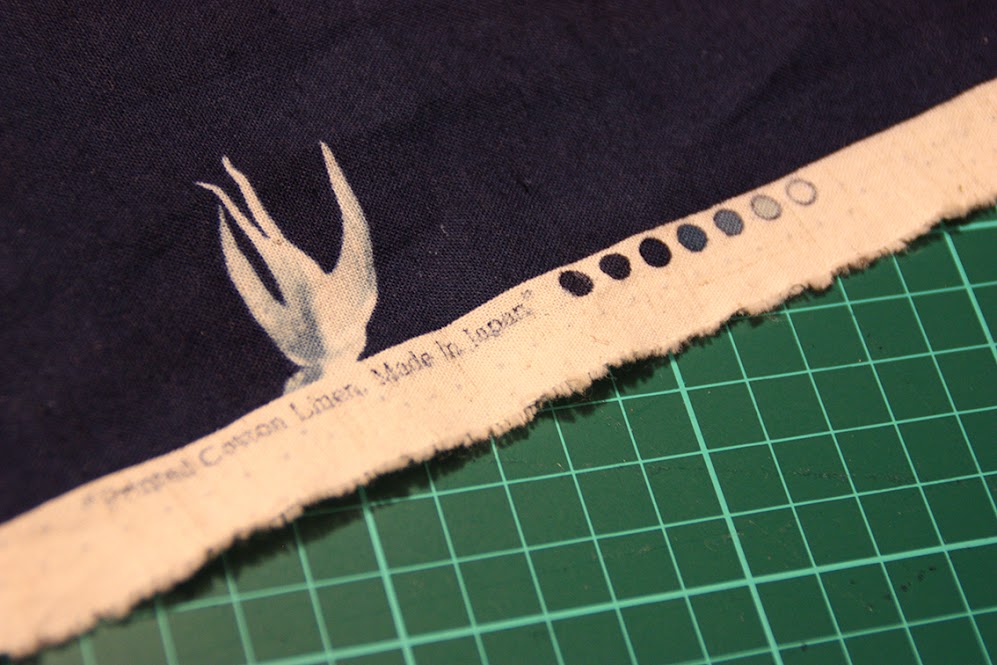 I grabbed this bolt from the sale table and while waiting in line the fabric whispered to me.

There is often a lot of waiting in line time when shopping at Spotlight, I usually spend it dream sewing.

Anyway, fabric doesn’t always have a strong opinion on the subject of pattern selection but these birds were most insistent, they would be a wrap skirt. 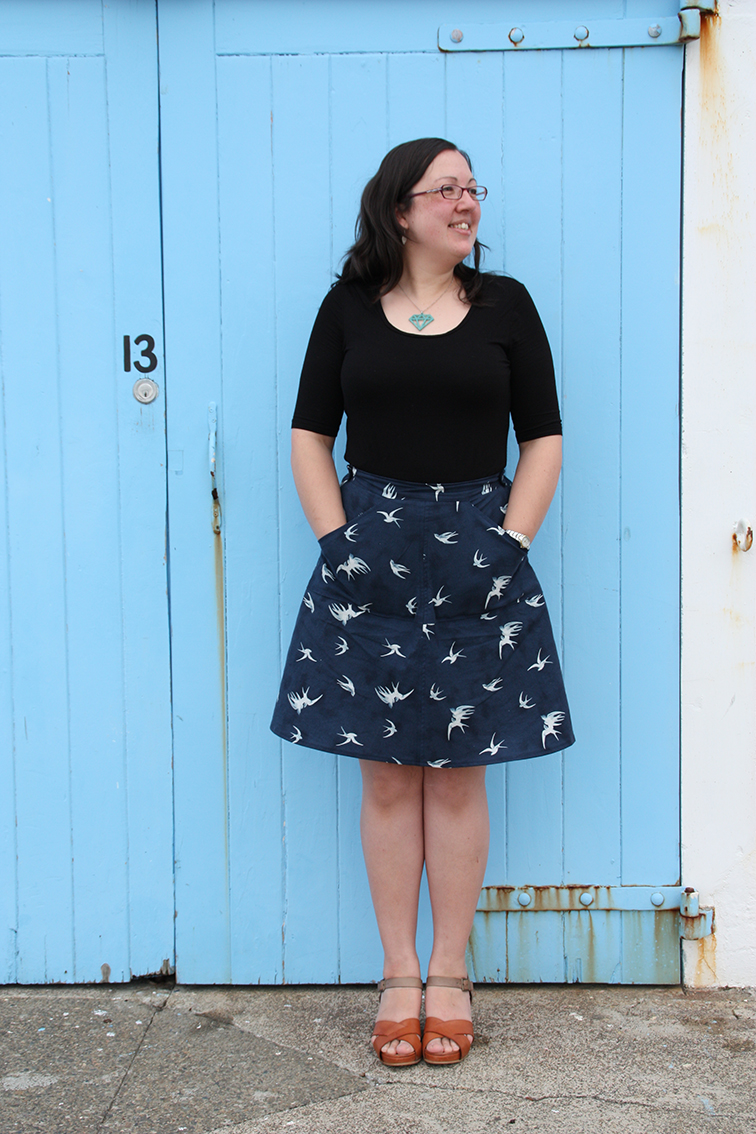 I bought the last 1.9 meters left on the bolt but I managed to cut the skirt out of that easy. The instructions I printed off didn’t have a cutting layout and I didn’t bother to look up the online tutorial but I had enough left over to have cut out the ties that I omitted if I’d wanted to.

I cut a size 5, the second-to-largest size (!), and as mentioned I left off the ties because, while they add more cuteness, they also limit the skirt to tucked in tops and I have only seen a few versions where the ties didn’t stick out awkwardly. 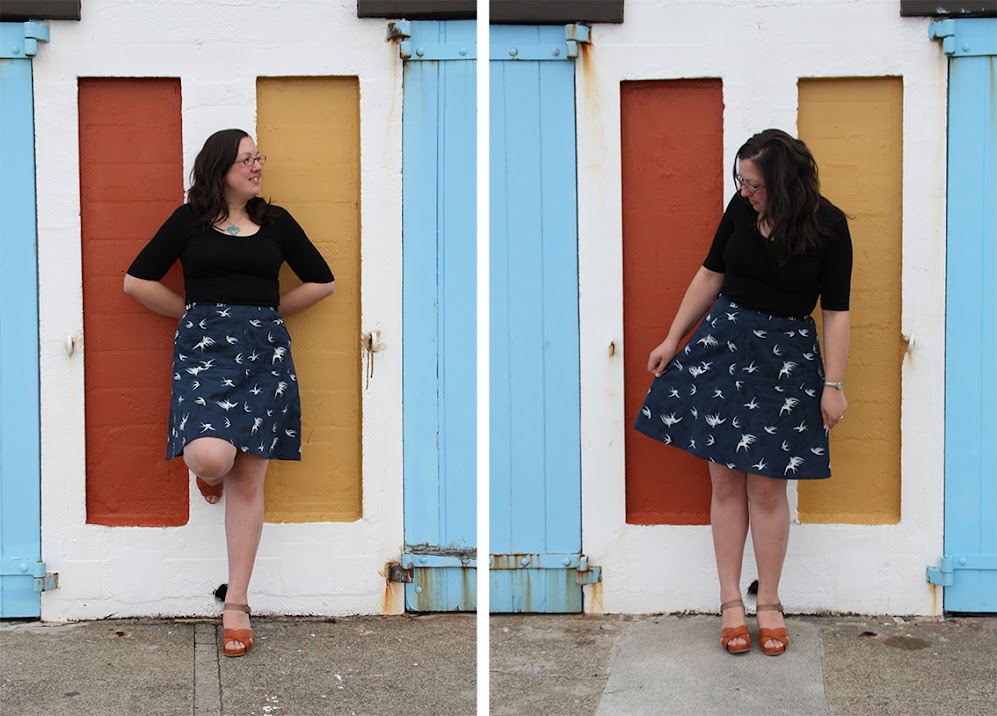 You are meant to cut three sets of the waistband piece. So I cut one set of waistbands as patterned, for the centre, then 2 more sets with an extra 4cms of length added, for the side/back. This extends the tabs each side, leaving me more room for two buttonholes. 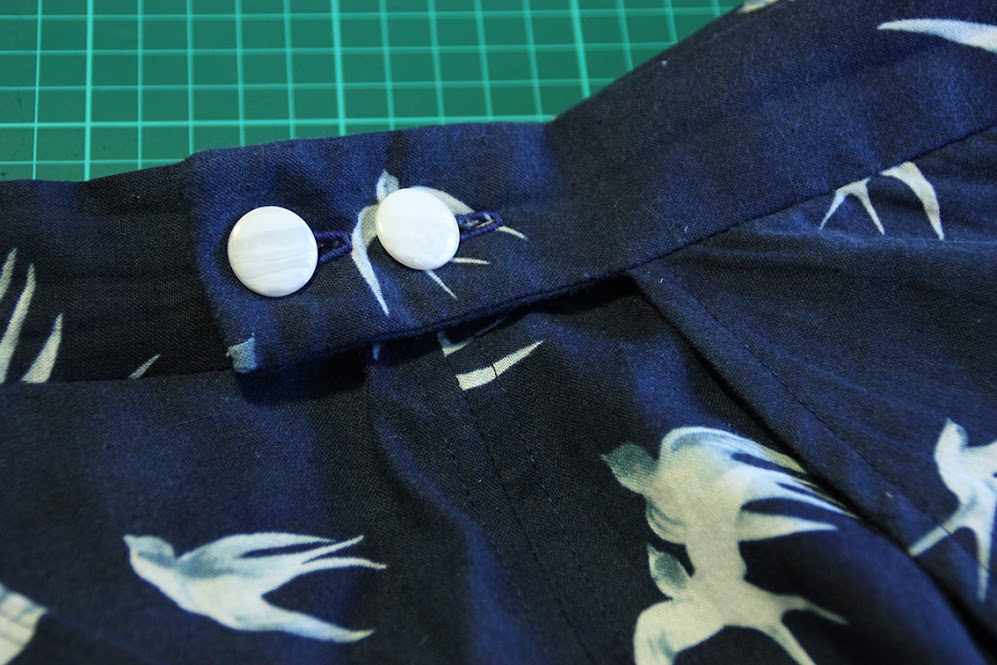 I stitched my button holes first and then tried the skirt on to mark where the buttons should go.

I also intended to omit the front pocket because I thought combined with the wrap skirt they might make the whole thing a bit aprony. 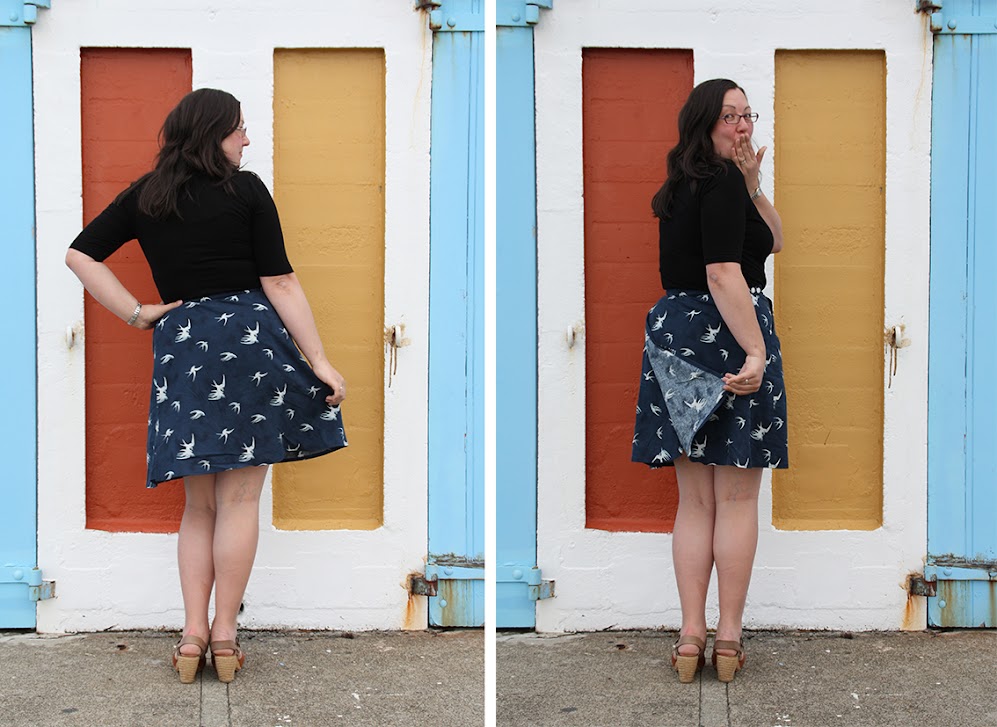 I knew I’d end up decapitating some birds while cutting out as it was impossible to run all the seam lines between them. What I didn’t count on was accidentally decapitating TWO sets of birds each side of the centre front seam in such a way as to make them look like they’d flow right into each other.

This produced one small white star shape directly over my navel…and another larger white star, err, slightly lower…you get my drift. 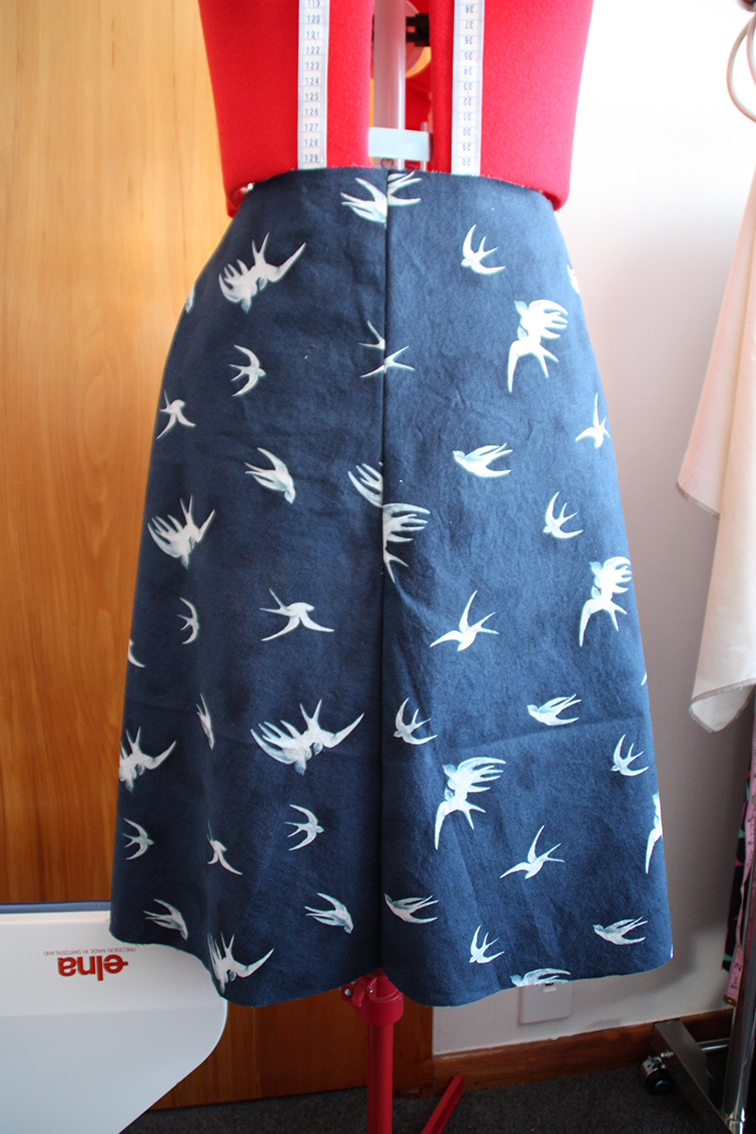 So there was some unpicking and the pocket pattern piece was located and cut and attached to hide my cutting sins. 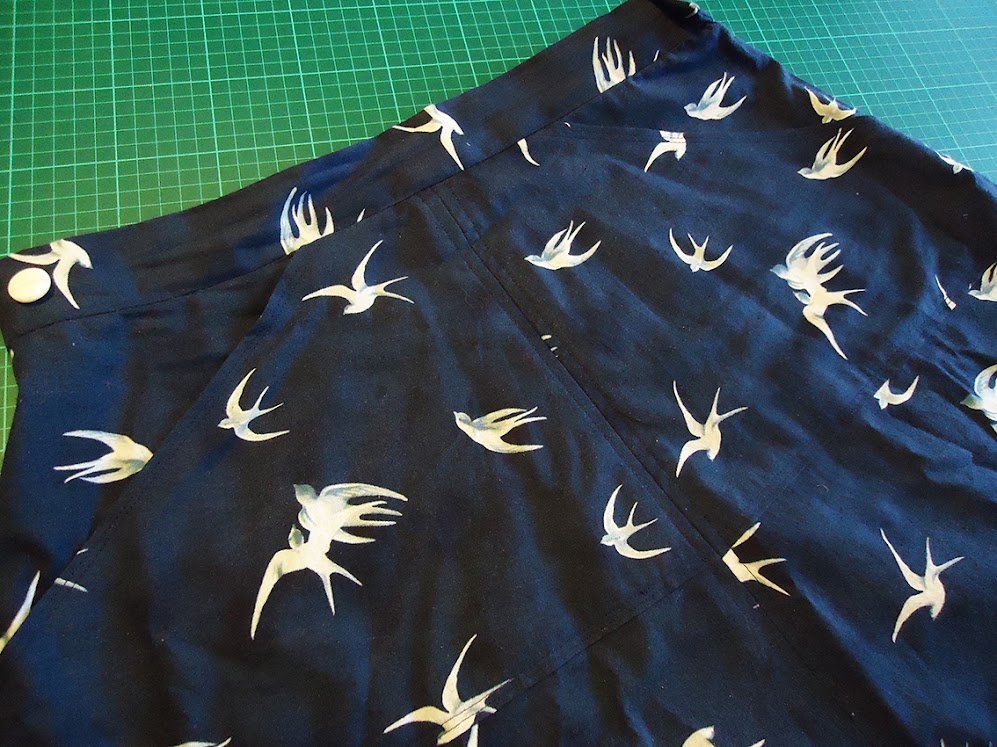 It’s useful so we’ll say that I did it on purpose, ok? 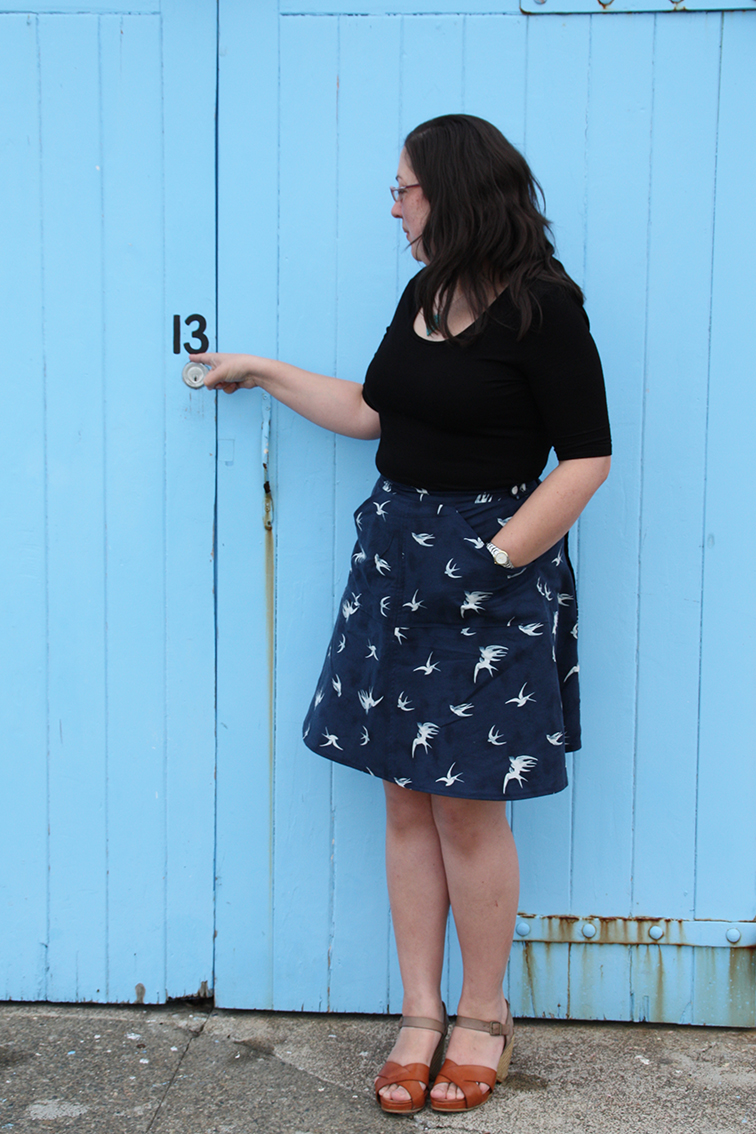 After that little mishap it stitched up really quickly, all overlocked on the inside with the vertical seams pressed open and top stitched down either side. I applied fusible stay tape to the open back edges of the skirt to stop any potential wavy edges and also to the pocket openings to prevent stretch induced gape. 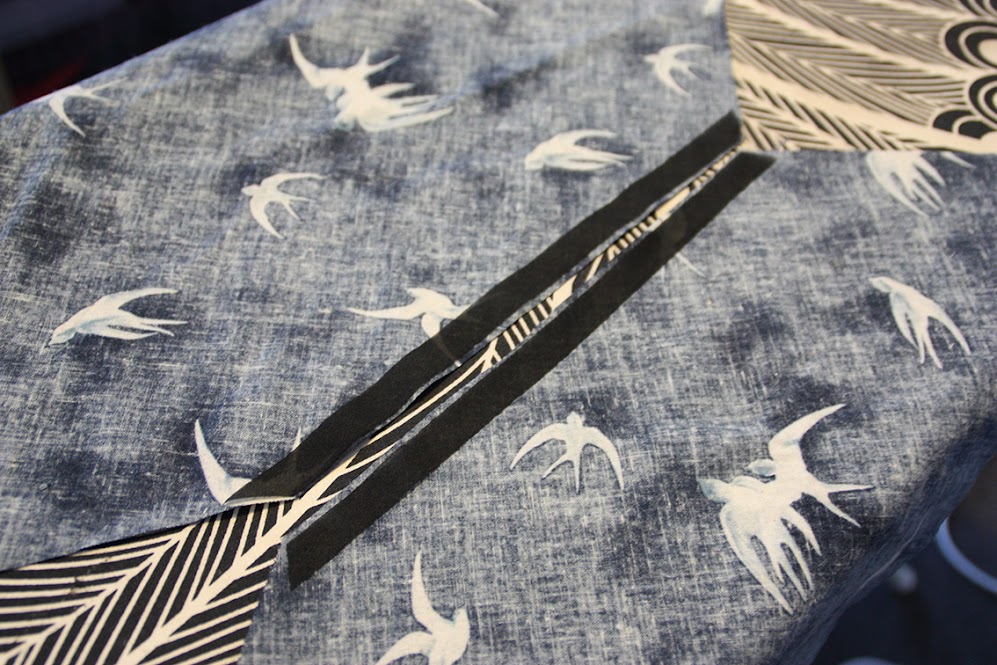 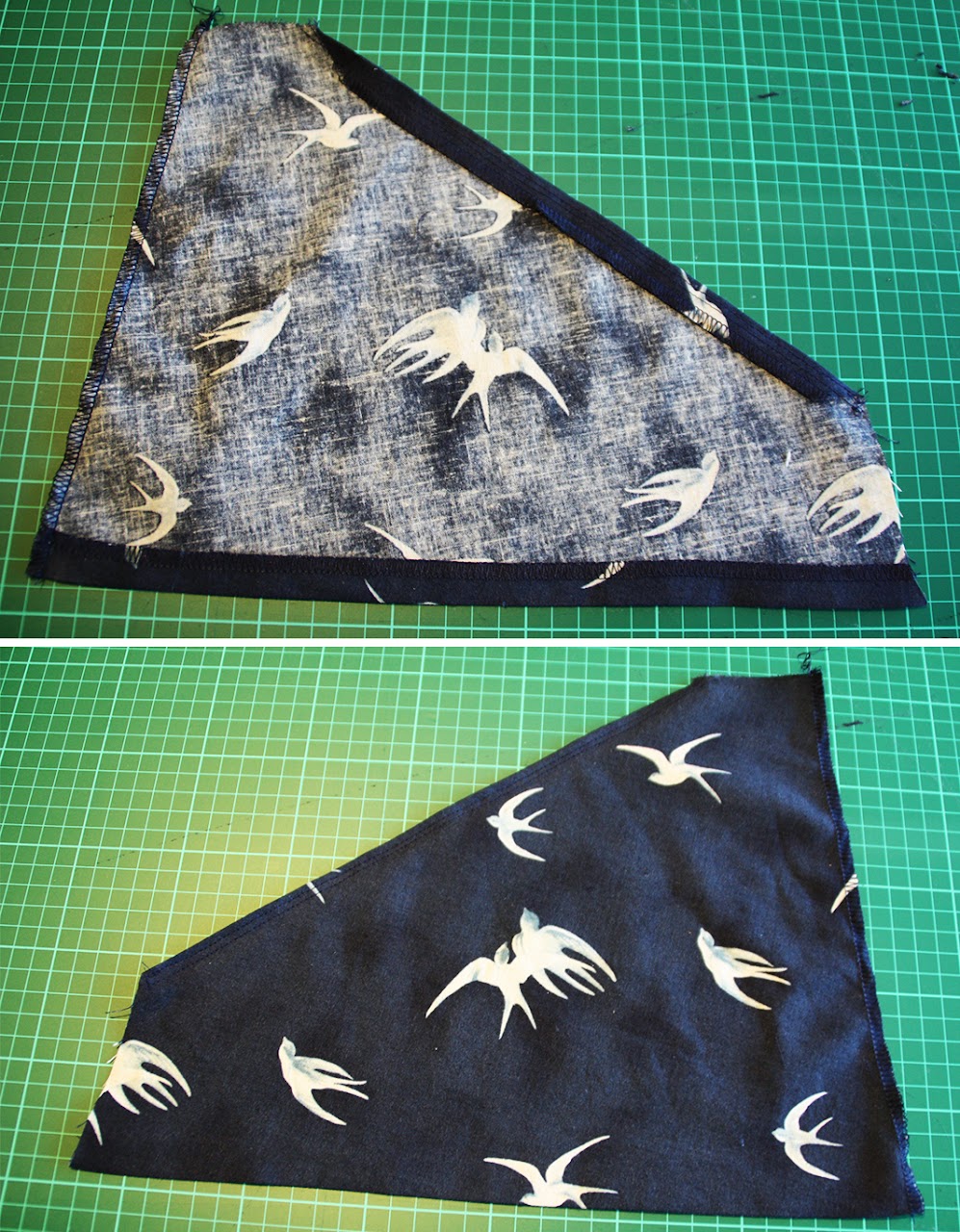 I really only glanced at the instructions but there are a couple of things to note that I did differently:

I can’t remember what I did with the length – I think I trimmed some off and then did a simple 1cm-1cm double fold hem, top stitched.

Big thanks to Kat for playing photographer and helping me get my photo-mojo back. We were in the city for a scrummy ladies lunch in Oriental Parade and afterwards we waddled over to the boat sheds at Clyde Quay for pics.

Considering I’d been driving in the car, then sitting at lunch, I was surprised that these photos weren’t more wrinkly. 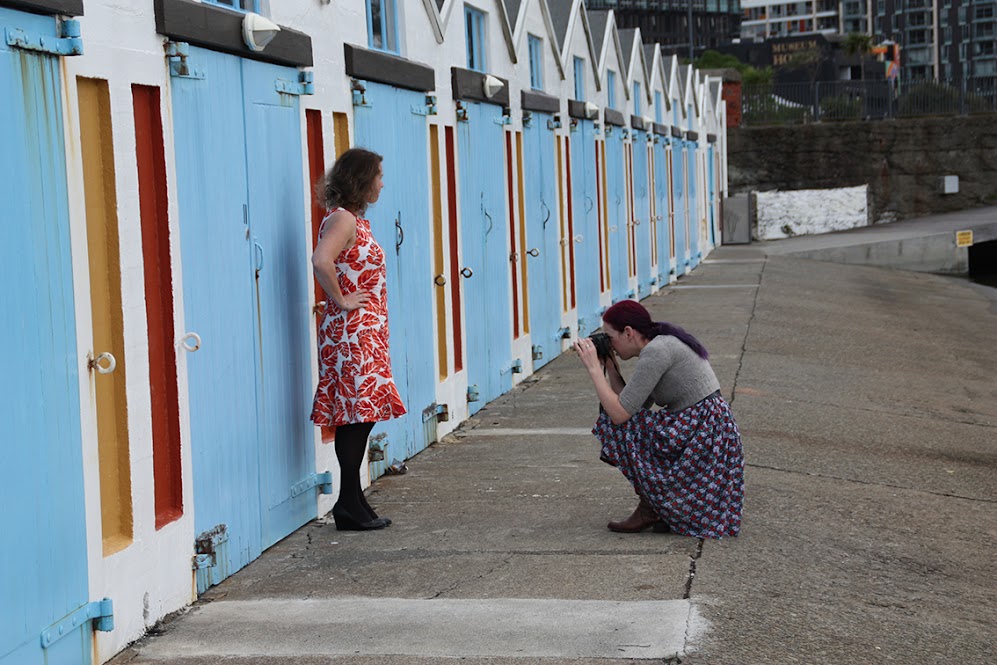 So, back to the skirt: I really like the A-line silhouette, the pockets turned out to be very useful so I’m glad I added them and it’s a really easy make with minimal fitting . 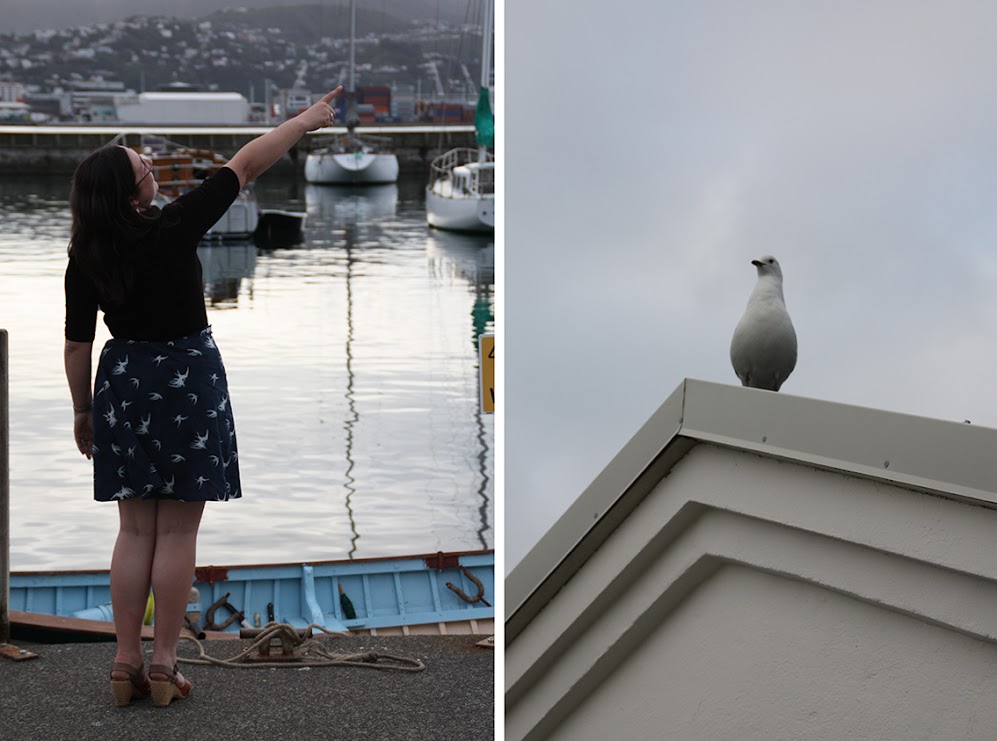 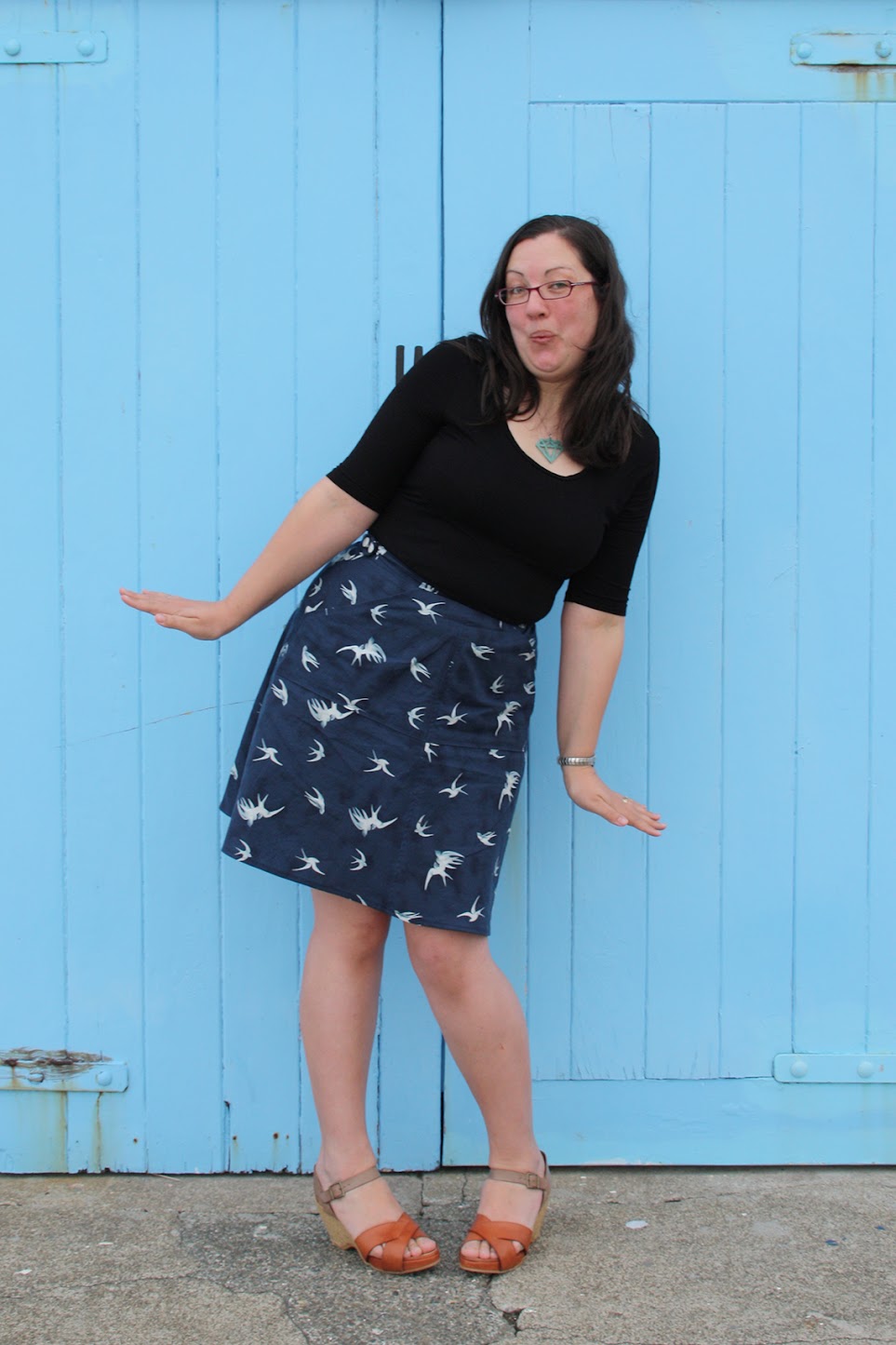 20 thoughts on “A Japanese Miette Surprise”